The History of Omega Watches 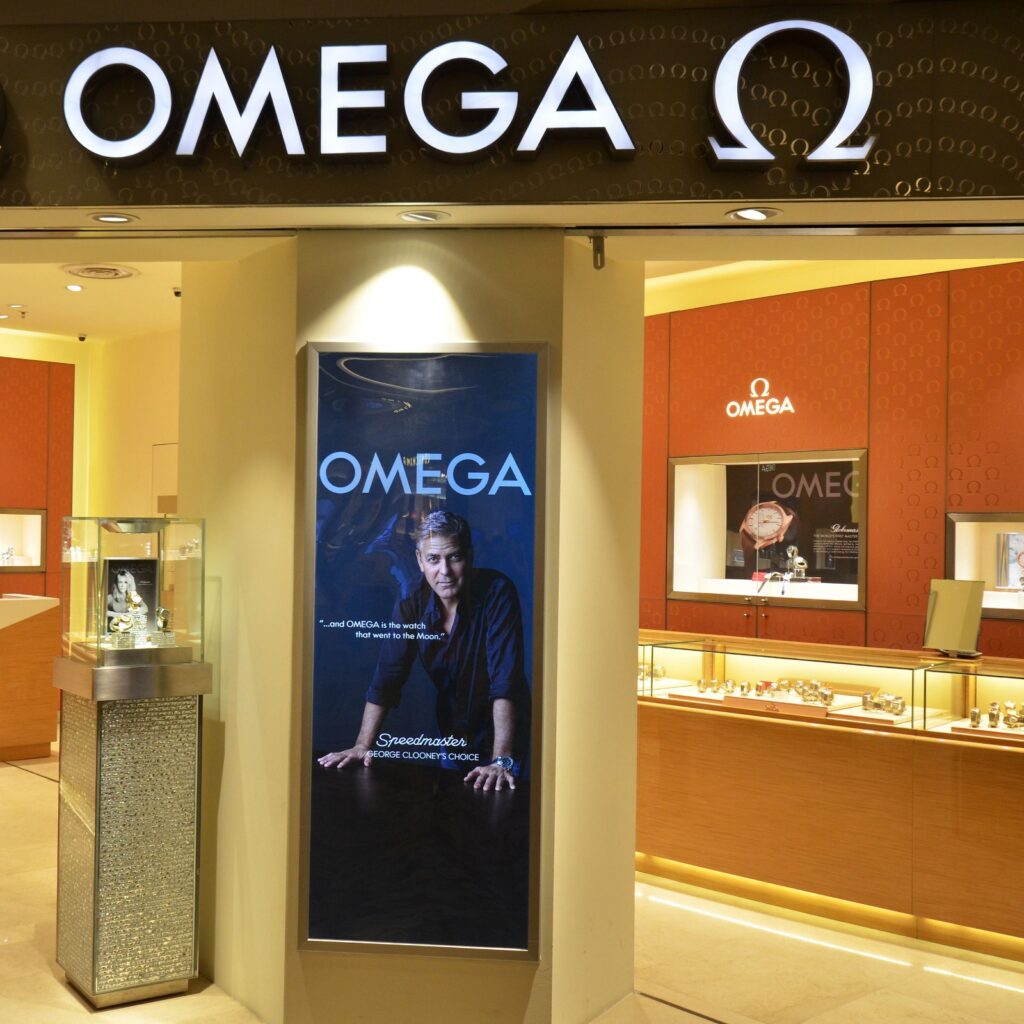 The first watch on the moon. James Bond’s watch. Worn by celebrities from JFK to George Clooney.

This is Omega, one of the most well respected and instantly recognisable luxury watch brands in the world today. Some even say the brand is the only true competitor to Rolex. Whether you believe that or not, if you love watches, you’ve already heard of Omega.

From motorsports to diving, Omega’s extensive range covers all your watch-wearing needs. Whether you want a hard-wearing tool watch with precision features, or something dressy enough to wear on a formal occasion, Omega has you covered. And you’ll find that many of their models are versatile enough to pack a huge punch in both function and style. 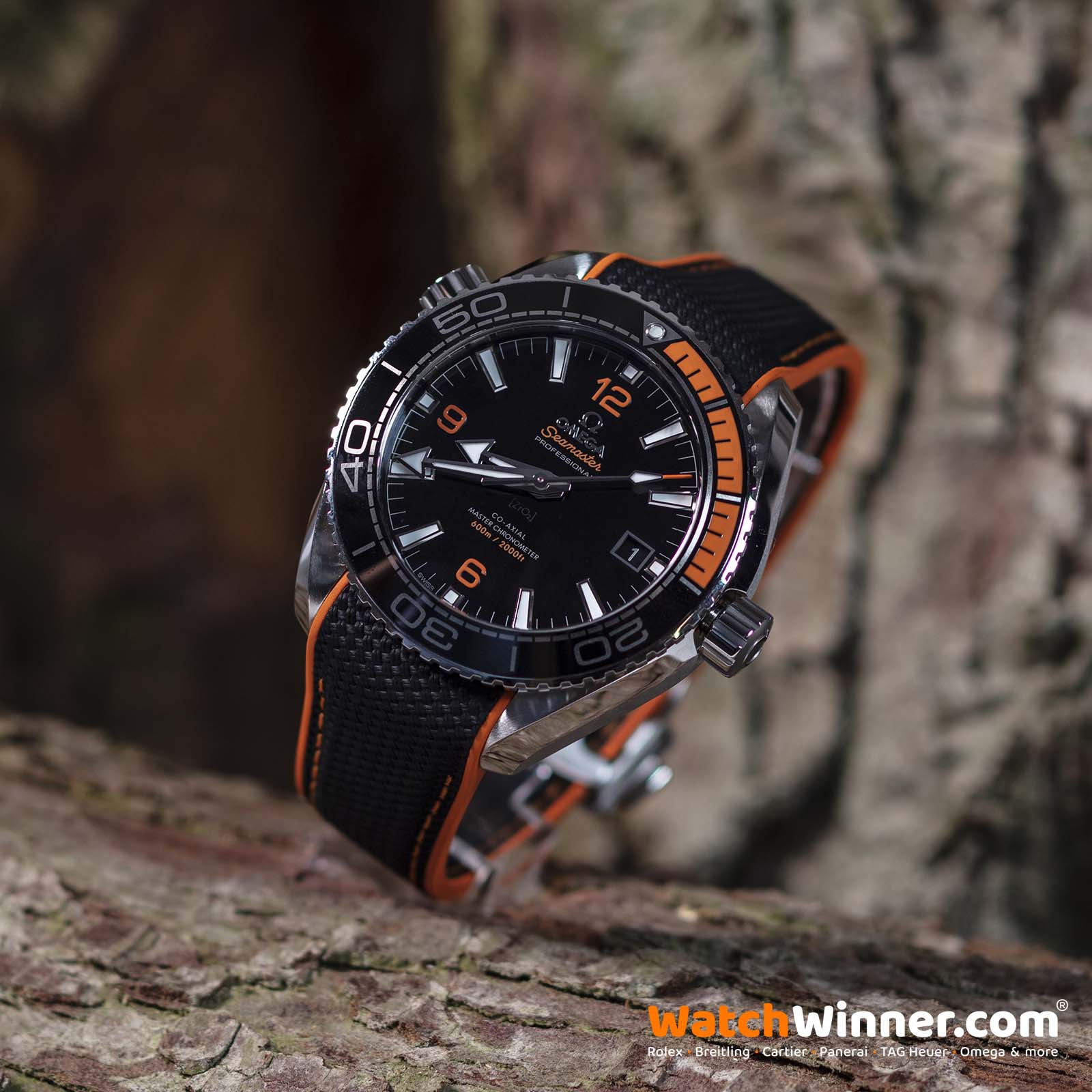 From Switzerland, with love

Every Omega watch is made with care at their state of the art facilities in Switzerland. Omega watches start their lives in the Villeret factory, a sleek modern facility where the Omega team assembles the movements, dials, crystals, cases and bracelets. From there, the parts are sent to the factory at Bienne, where they become fully functioning Omega watches.

When James Bond actor Daniel Craig visited the factory, ahead of the release of their Omega Seamaster 300 “SPECTRE” Limited Edition watch to celebrate the latest James Bond adventure, he was impressed.

“I think what was so impressive was the fact that these watches are made from the ground up. You start with nothing, and then there’s suddenly a working watch.” – Daniel Craig, James Bond actor and Omega wearer.

But how did they get here? Let’s take a look at Omega’s history. 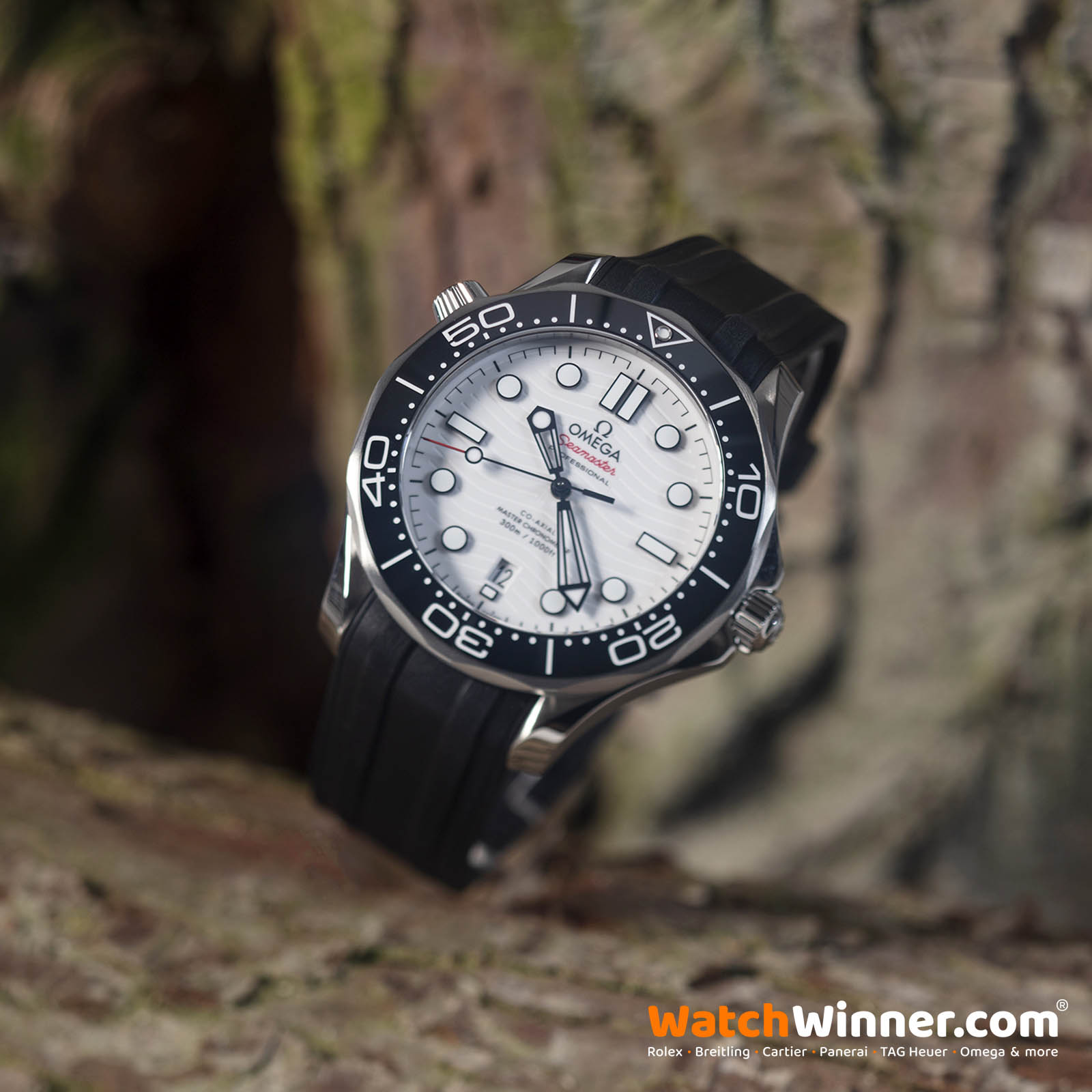 What’s the history of Omega? Well, the Omega brand got off to a humble start. In 1848, a young entrepreneur named Louis Brandt founded La Generale Watch Co, in La Chaux-de-Fonds, Switzerland. Here, Louis handcrafted key-wound pocket watches, sourcing his parts from local craftsmen. Louis put in the literal legwork, travelling all across Europe to sell his watches and establish his brand’s reputation.

Every watch was hand-made with precision, and as Louis expanded his empire, so the watches grew in popularity. Soon, Louis was selling his bespoke pocket watches from Italy, to England and Scandinavia. 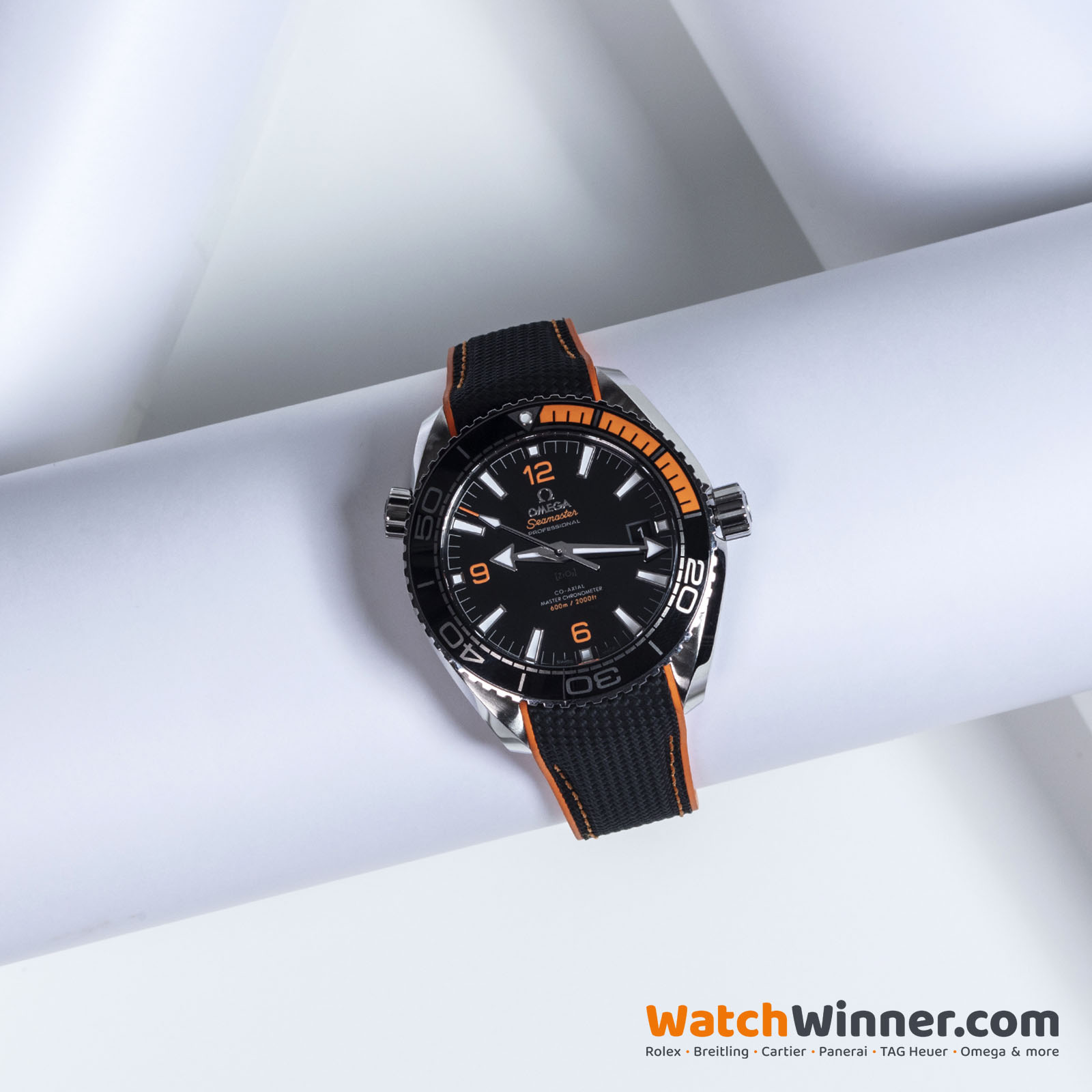 From small beginnings to the Paris Exhibition

In 1879, Louis Brandt passed away, and his sons César and Louis-Paul took the helm. Under their watchful eye, Omega started fully coming into its own as a world-renowned luxury watch brand.

César and Louis-Paul started innovating from the moment they took over, determined to carry on their father’s well-earned reputation.

It’s no exaggeration to say that their 19-ligne calibre of 1894 was groundbreaking not just for the company, but for watchmaking as an industry. The 19-ligne was one of the first movements designed to be made on an industrial scale. If featured completely interchangeable components that meant any watchmaker, anywhere in the world, could repair or service a 19-linge watch if they had the parts.

The brothers also patented a mechanism that let wearers hand-wind and hand-set the time using their watch crown. This was a notable step away from the key-wound movements that still dominated the industry.

The brand had just gone global.

In 1900 at the 1900 Paris Exhibition, the brothers were awarded the Grand Prize, the highest honour given to any brand at the time.

Hot on the heels of that success, César and Louis-Paul renamed their company Omega. Omega is the last letter of the Greek alphabet, and the brothers felt it represented their “final” 19-ligne calibre, a true achievement.

By 1903 Omega was strongly established as one of the biggest manufacturers of finished watches in Switzerland. 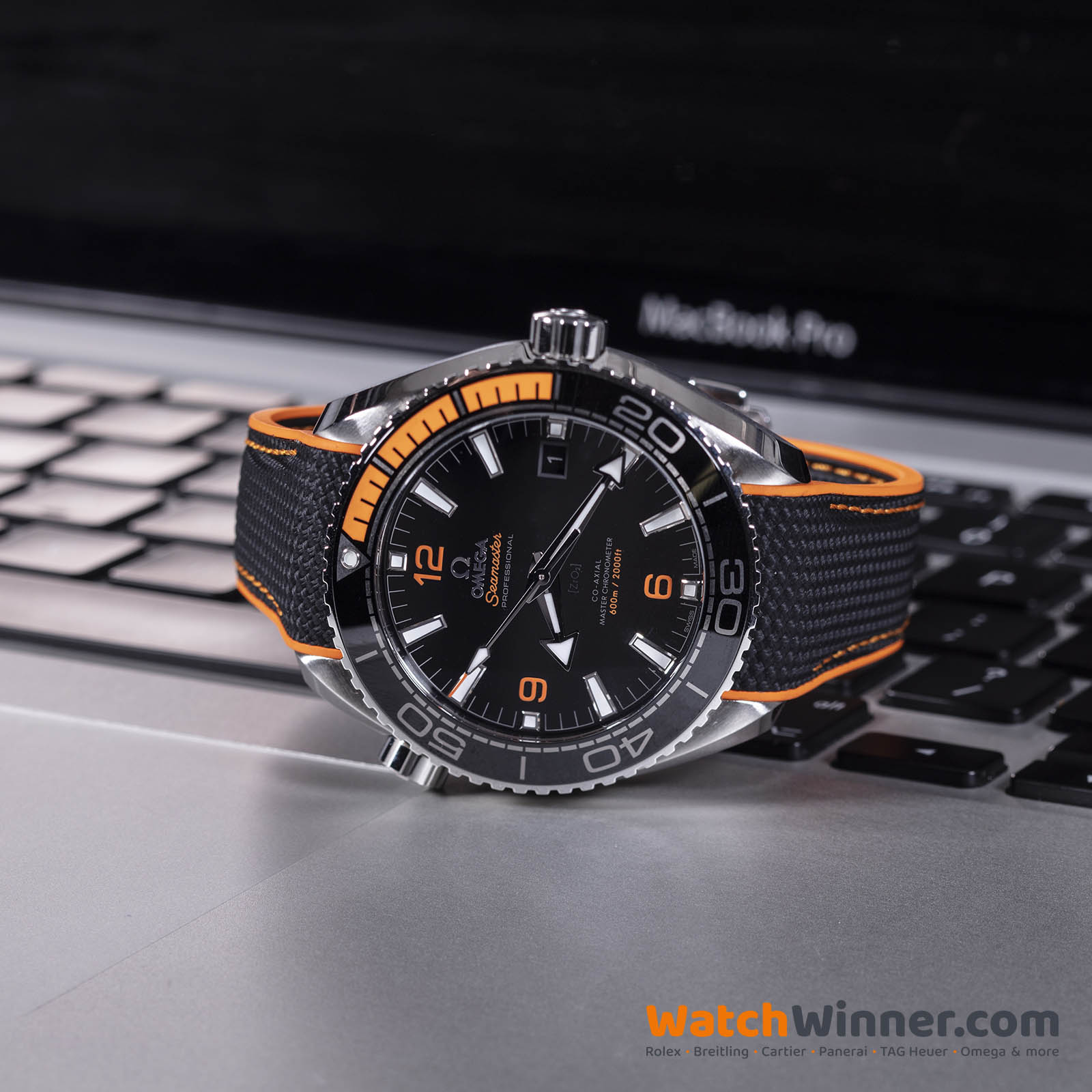 These days, Omega is well known as a powerful, reliable brand suitable for even hardcore sports enthusiasts. But when did its reputation as a sports watch begin?

In 1905, Omega was the official timekeeper for no less than sixteen events in Switzerland. Their dedication to precision quickly helped them gain a reputation as the go-to brand for events organisers.

By 1909, Omega garnered more attention when they became the official timekeepers of the Gordon Bennett Cup, a thrilling and somewhat dangerous gas balloon race that had seen its inaugural race three years before.

Omega’s fortunes were certainly flying high, and that trend continued. In 1932, Omega were named the official, and only, timekeepers for the Olympic Games in Los Angeles. The brand has carried on this grand tradition, and today is the official timekeeper for nearly all Olympic events. It’s thanks to Omega’s innovation that Olympic timing can be measured in increments as tiny as 1/1000th of a second. 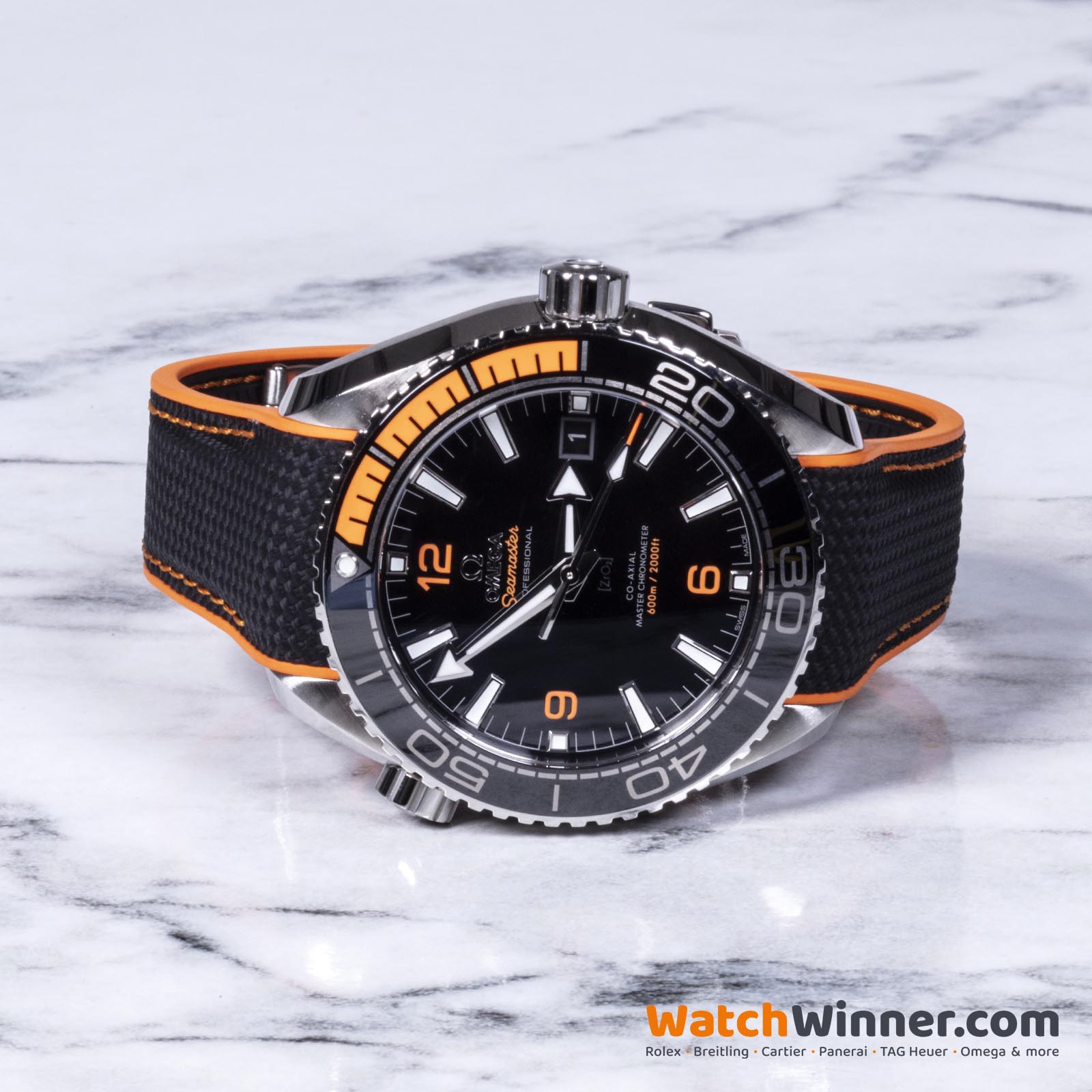 In 1937, the world was on the brink of war. Omega made fieldwork a little easier for nurses with the production of their Medicus brand. The Medicus featured a sweeping centrally attached second hand that was much easier to read than previous models. Given the dim lighting and stressful atmosphere of the field hospitals, this small detail made a big difference.

In 1940, Omega’s reputation for precision led to it being named the top supplier of watches to the British military. One model that proved popular with pilots was the Omega CK2129. The CK2129 featured a rotating bezel that made it easier for pilots to make exact calculations while in the sky, and even on bombing runs. The contrasting cream dial with large, clear, Arabic numerals made it easier for pilots to read. And the rotating bezel could be locked, so pilots didn’t have to worry about an accidental knock messing up their timing. 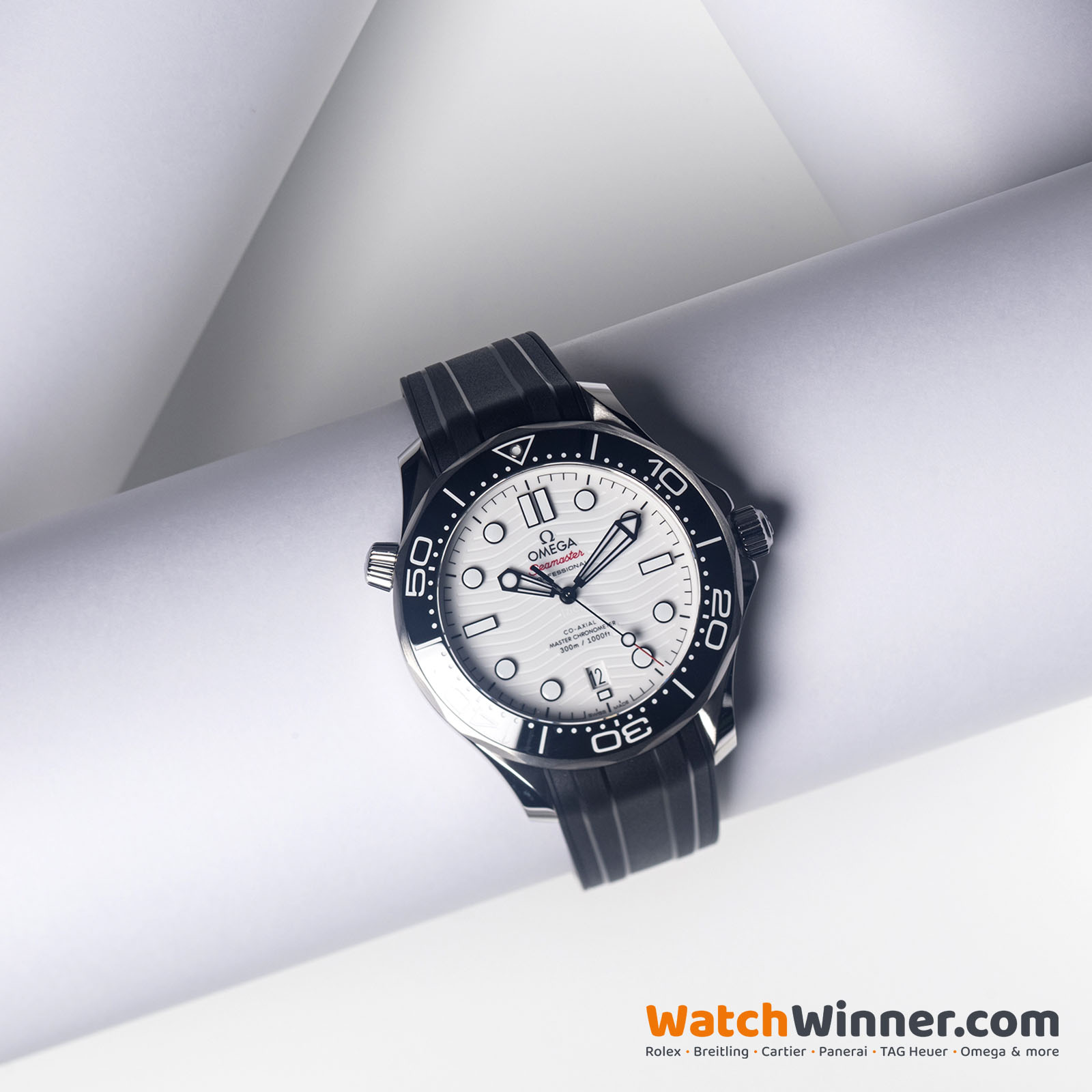 1957 saw the launch of two Omega classics: The Railmaster and the Seamaster.

Omega pocket watches had been used on the railroads since the late 19th century. But the Railmaster took it to a new level, with its robust design specifically made for use in a railroad environment. With its antimagnetic double caseback, the Railmaster was built to survive electric fields without damage to its inner workings.

In 1957, Omega released the first of their Speedmaster range, a series of reliable, high-precision watches designed to be waterproof, durable, and easy to read. The Speedmaster was the first watch to feature a tachymeter scale around its bezel, making it another innovative hallmark for the brand.

The Seamaster carried on the proud tradition of the watches Omega made for the British Military. The Seamaster featured an O-ring gasket which increased its water resistance. The new Seamaster models featured easy to read faces, and a waterproof depth of 200 metres. With Scuba Diving becoming all the rage, the Seamaster was well-timed, and the watch soon became popular with professional divers and hobbyists alike. 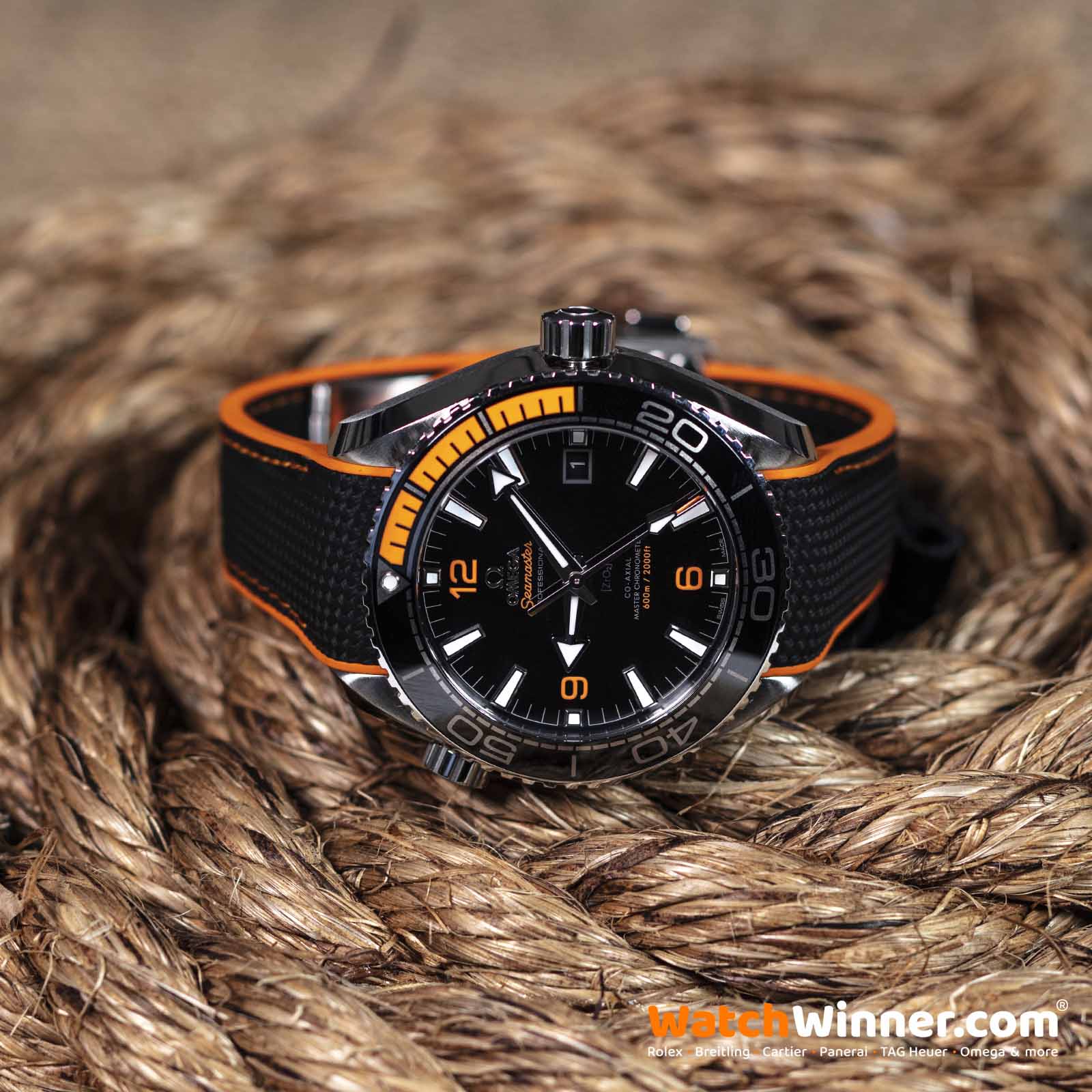 The first watch on the moon

The Speedmaster clearly caught NASA’s eye, because in the 1960s they approached Omega and asked them to produce a watch that could withstand a manned space mission.

Other brands submitted watches for the purpose, but the Speedmaster was the only one to withstand NASA’s vigorous vacuum and shock testing.

In 1965, Omega reissued the Speedmaster range with the addition of an asymmetrical case and twisted lugs. This added more protection for the pushers and crown, preparing the watch for its most impressive mission yet: Space.

When Buzz Aldrin and Neil Armstrong took those iconic first steps for mankind, they had Omega watches on their wrists. And when the Apollo 13 mission ran into trouble, NASA used Omega watches to time the carefully controlled burns that brought the mission safely back to earth. 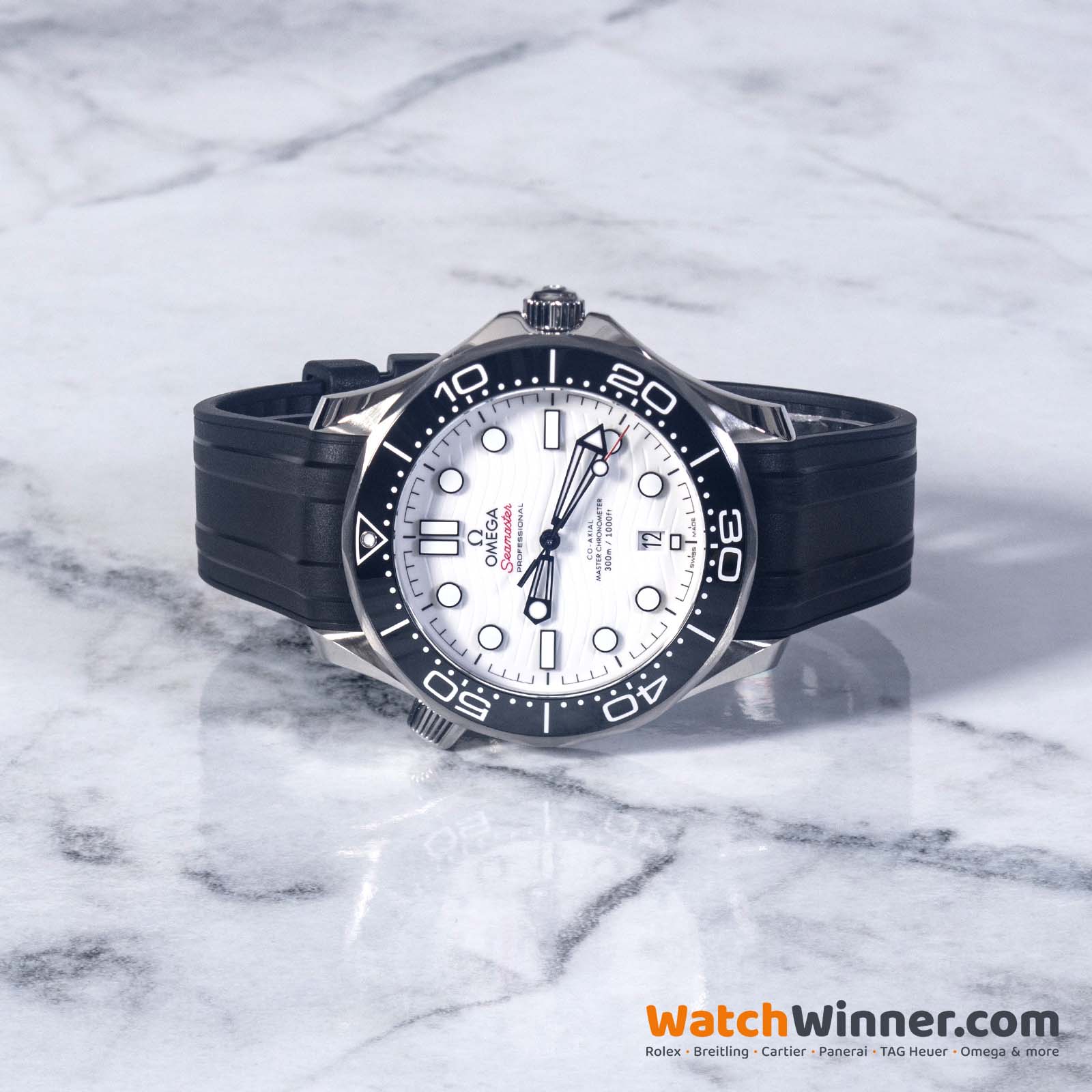 One of the most accurate watches ever made

Omega never stops innovating. In the 1970s it made headlines again, when it produced the most accurate non-thermocompensating watch ever created. It still holds that title today.

The watch in question? The Megaquartz 2400

The Megaquartz 2400 movement oscillated at a rate of 2.4 MHz (a typical modern rate is 32 KHz.) The watch holds the distinction of being the first watch with a Time Second Adjustment, so wearers could change the hour separate from the minutes and seconds.

With so much innovation inside one watch, it’s no wonder that when it came to market as the Omega Marine Chronometer, it was the first ever wristwatch to be given the status of a marine chronometer. 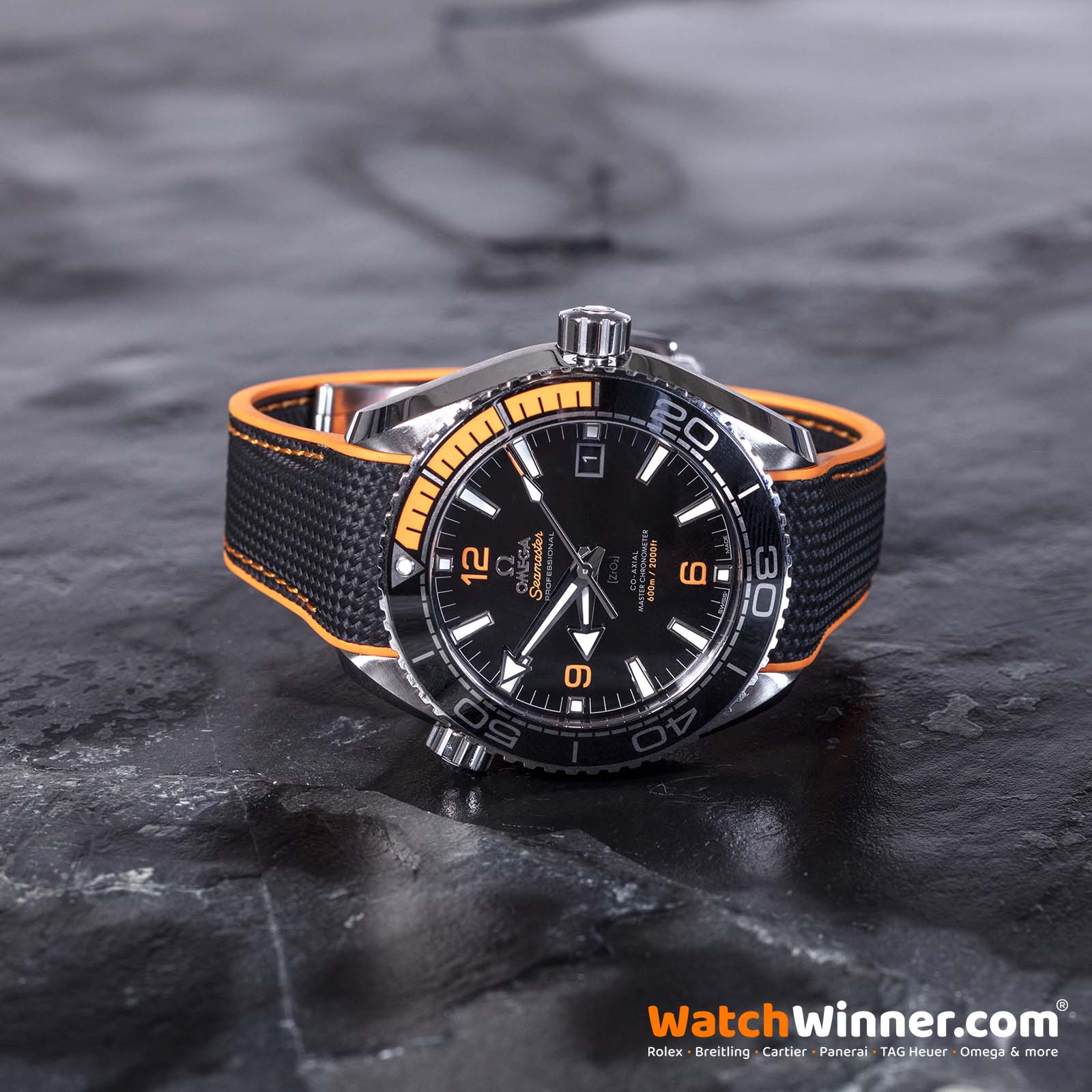 The watch of stars

Omega has a strong reputation as the go-to watch for all kinds of luminaries, including stars of the silver screen. As well as being James Bond’s watch of choice, Ringo Starr sported an Omega, while Al Pacino’s Scarface character had one on his wrist. Supermodel Cindy Crawford, who knows a thing or two about style, has been an enthusiastic Omega ambassador for many years. Not to mention that JFK wore an Omega to his inauguration, and Prince William wears one too.

You don’t have to be royalty or a Hollywood star to wear an Omega. Today, Omega watches are popular with professional and amateur drivers, divers, and pilots who need a watch they can trust to be accurate down to the second. With their classy, vintage-inspired looks and state of the art movements and designs, Omega watches are the ideal choice for anyone who wants to marry class with adventure. 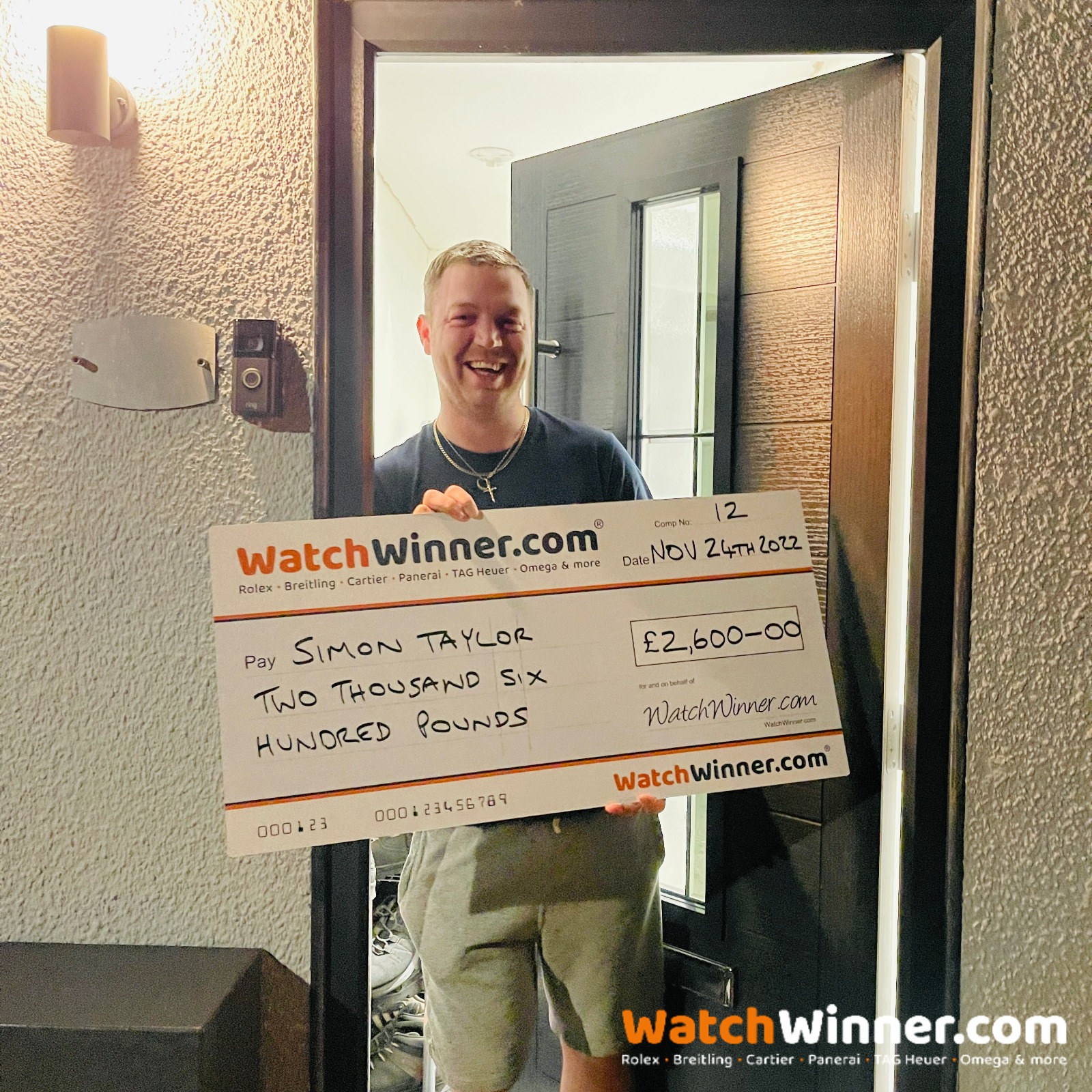 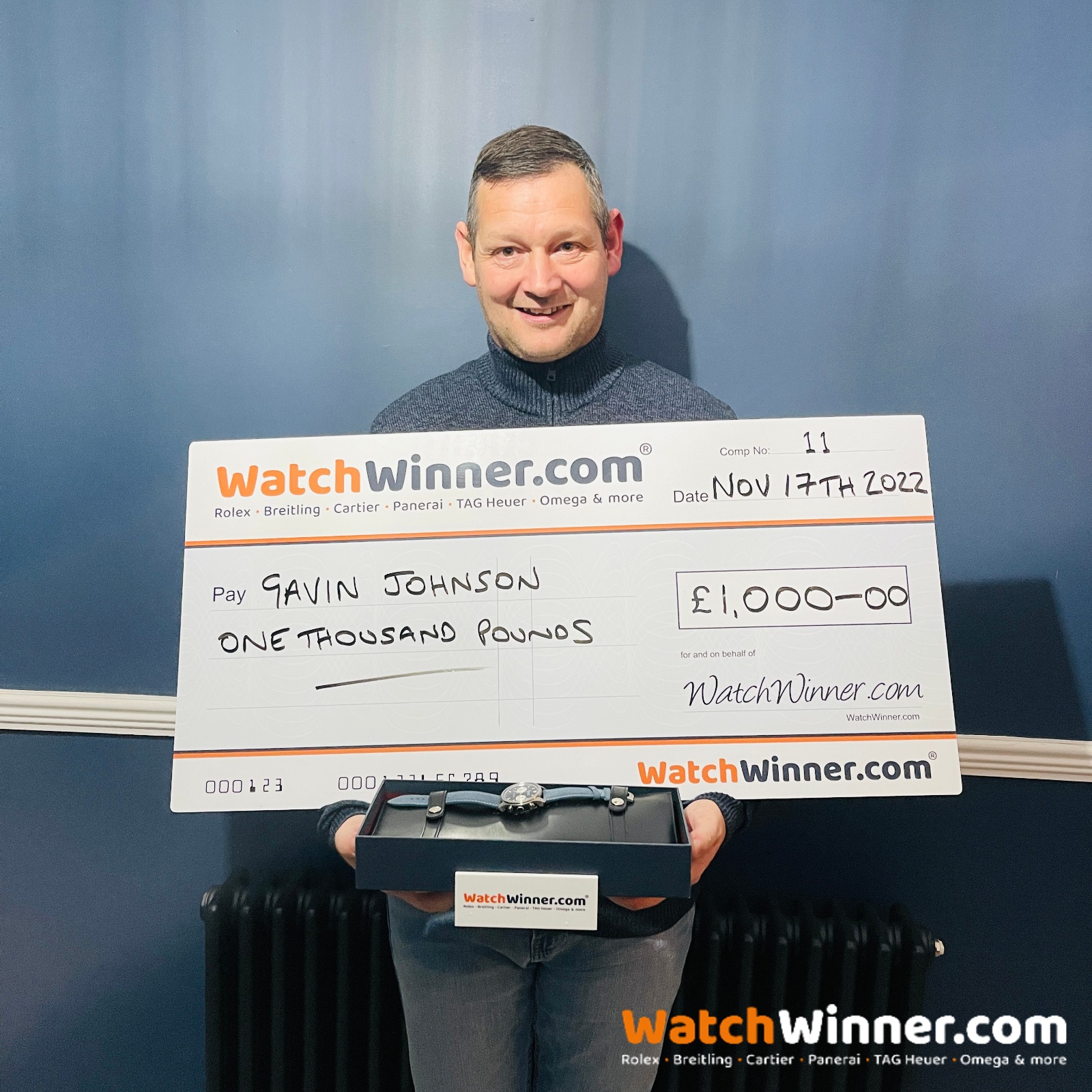 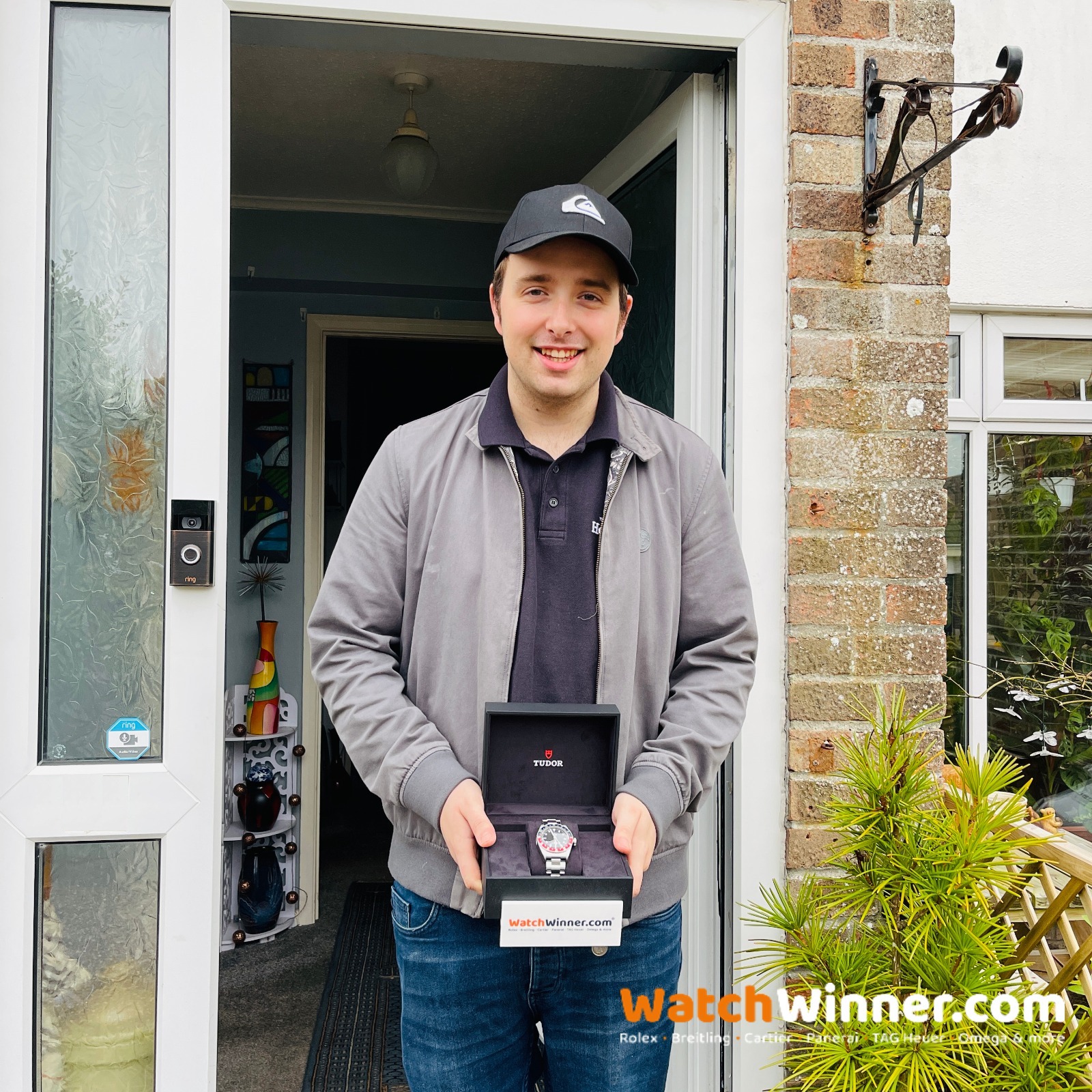 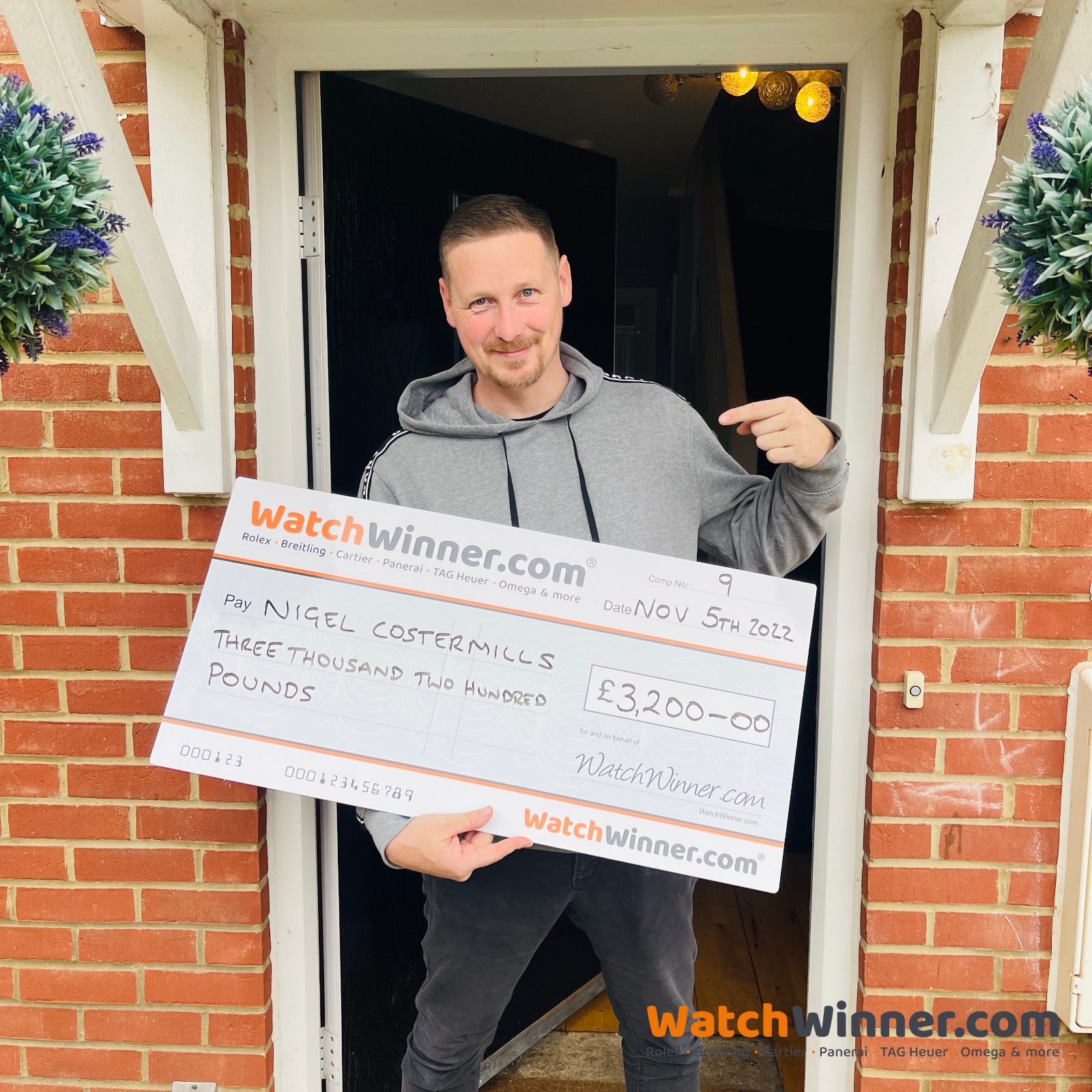 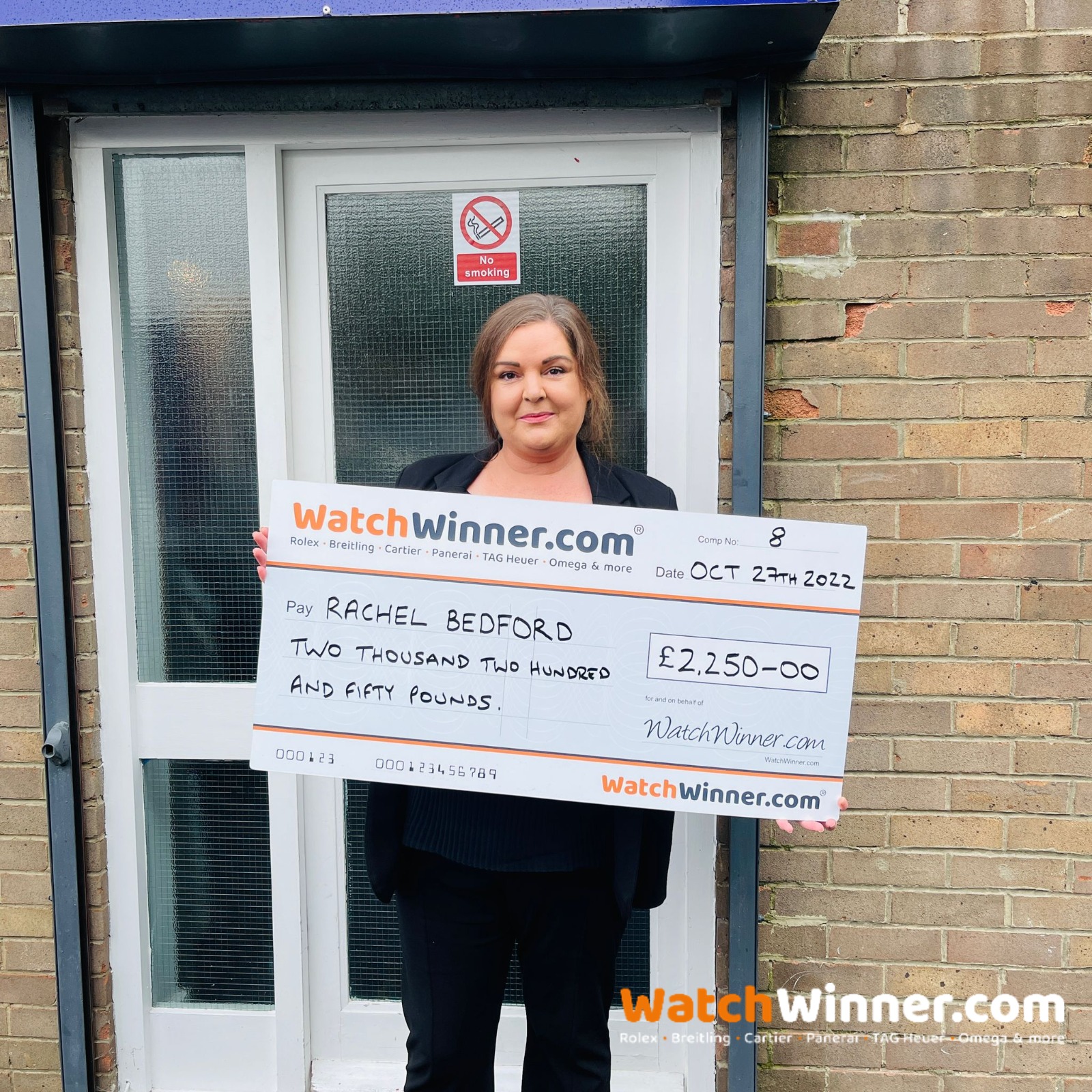 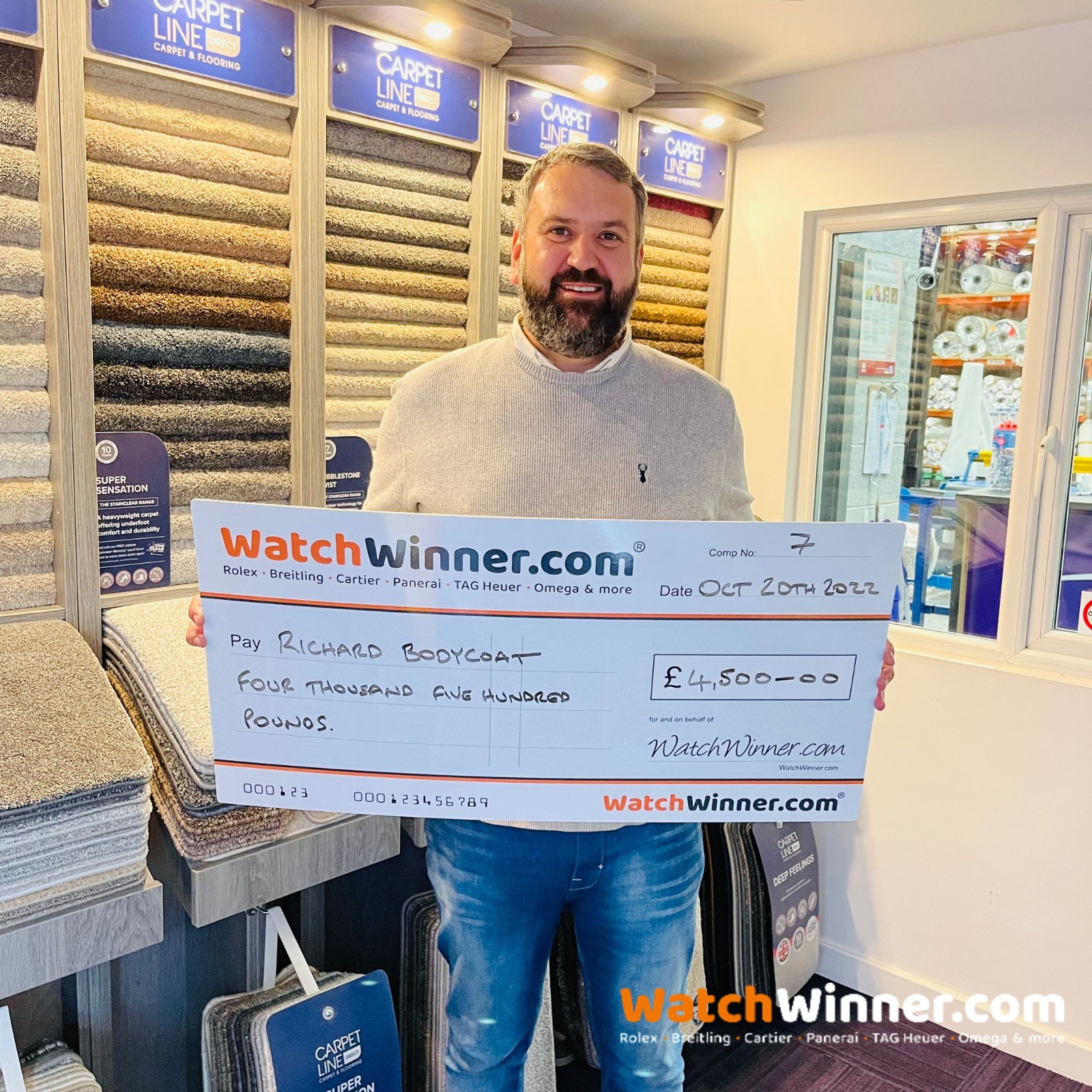