The History of Tudor Watches 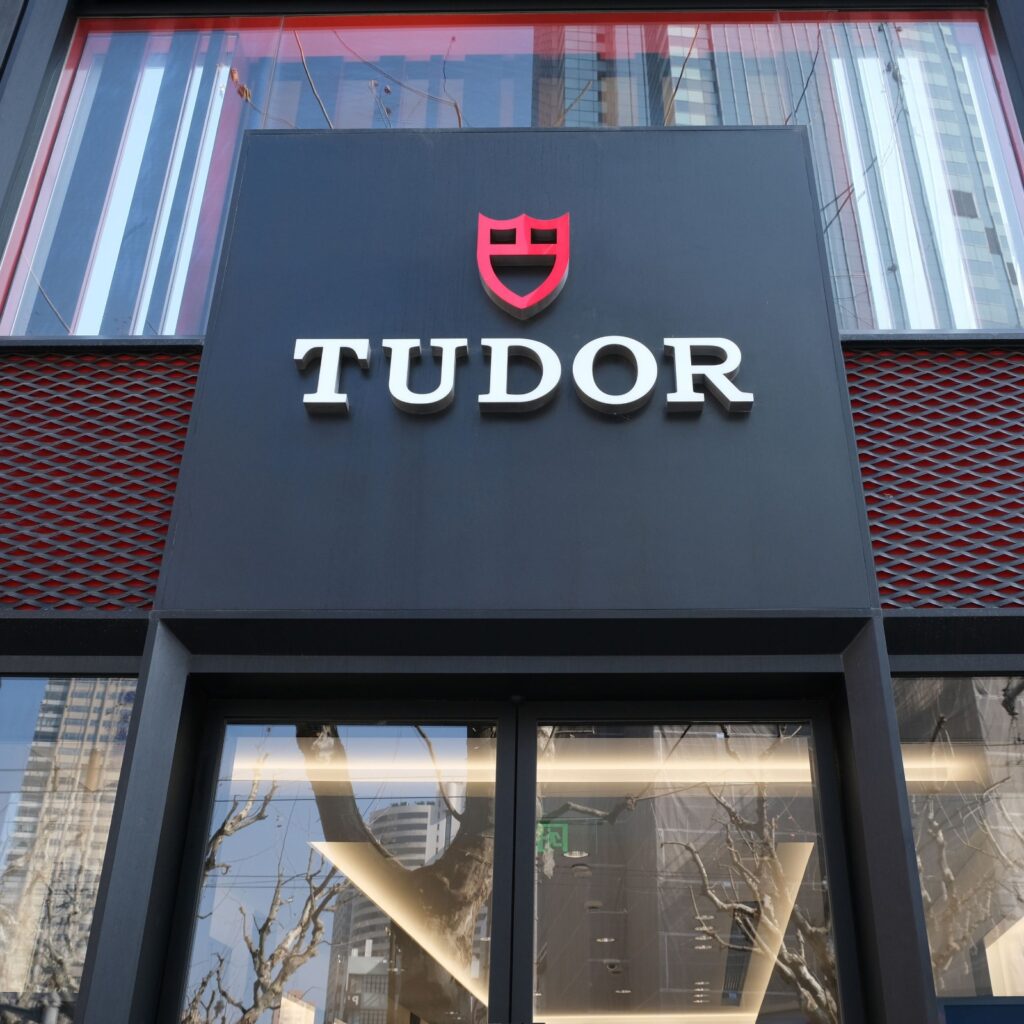 Ask a random stranger to name a luxury watch, and there’s a good chance they’ll say “Rolex.” We watch collectors know there’s so much more to the luxury watch world than its most famous brand, but the name Rolex instantly says “expensive and designer watch.”

Rolex’s founder, Hans Wilsdorf, knew this. So when he conceived the idea of starting a sister brand to Rolex, he knew he could use the Rolex name to let people know the kind of quality they could expect from the new line. And from those “little sister” beginnings, Tudor grew into a well respected brand in its own right.

Let’s travel back in time and follow Tudor Watches journey from piggybacking on the Rolex brand name, to standing strong on its own. 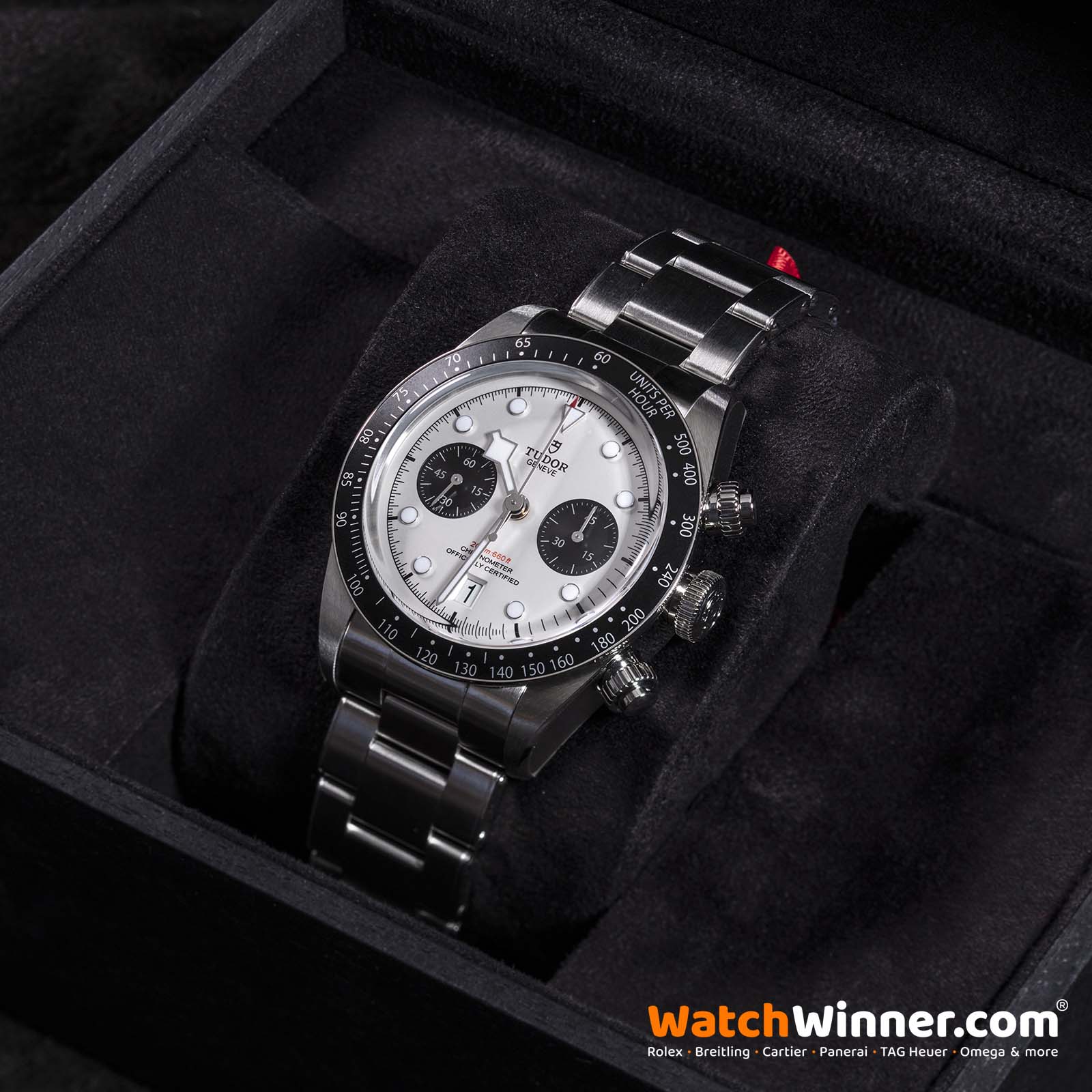 “I have been considering the idea of making a watch that our agents could sell at a more modest price than our Rolex watches, and yet one that would attain the standard of dependability for which Rolex is famous.” -Hans Wilsdorf

Wilsdorf succeeded in his ambition, and what an unusual journey it’s been. How often do you hear of a world famous watch brand creating their own cheaper model? Yet that’s exactly what Wilsdorf did. 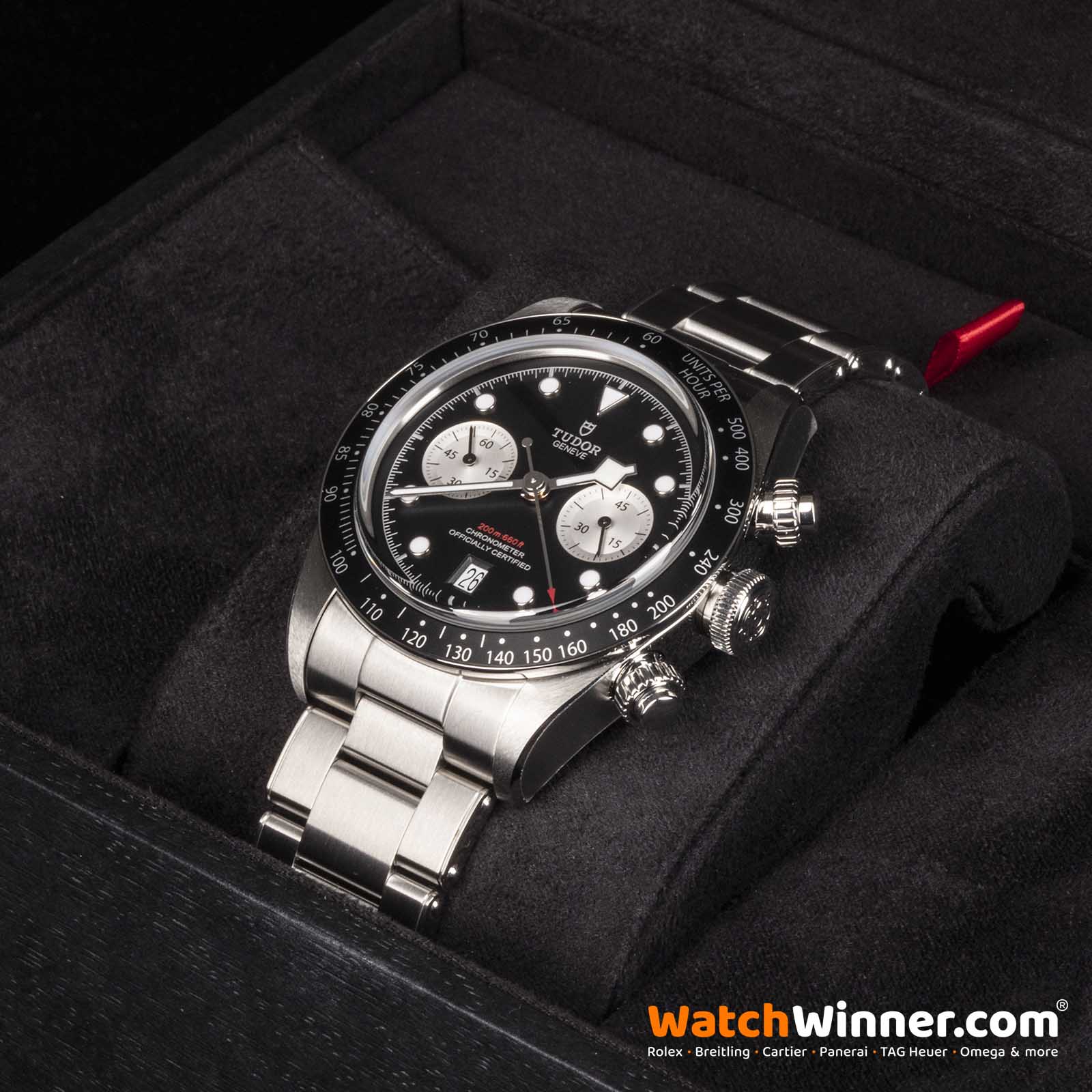 Where it all began

In February 1926, a watch dealer and maker named Philippe Hüther registered the Tudor trademark on behalf of Hans Wilsdorf. By 1932, the first Tudor watches were sent to market in Australia. These watches looked quite different to the bold watches we associate with Tudor today. They were slimmer, smaller models, and many had rectangular faces. Some of them had the Rolex name as well as Tudor on the dial.

Today we know Tudor as a purveyor of precision diving watches and chronographs. 1930s Australians knew them as elegant dress watches.

Buoyed by this early success, Wilsdorf bought “The Tudor” name in 1936, and added the Tudor Rose to the logo. The Tudor Rose is the traditional heraldic flower of England, named for the House of Tudor. Adding it to the Tudor design immediately set a precedent for luxury that was fit for a king. Tudor chose the name and the rose to symbolise the union of strength (the reliability of their watches) and grace (their elegant looks.) 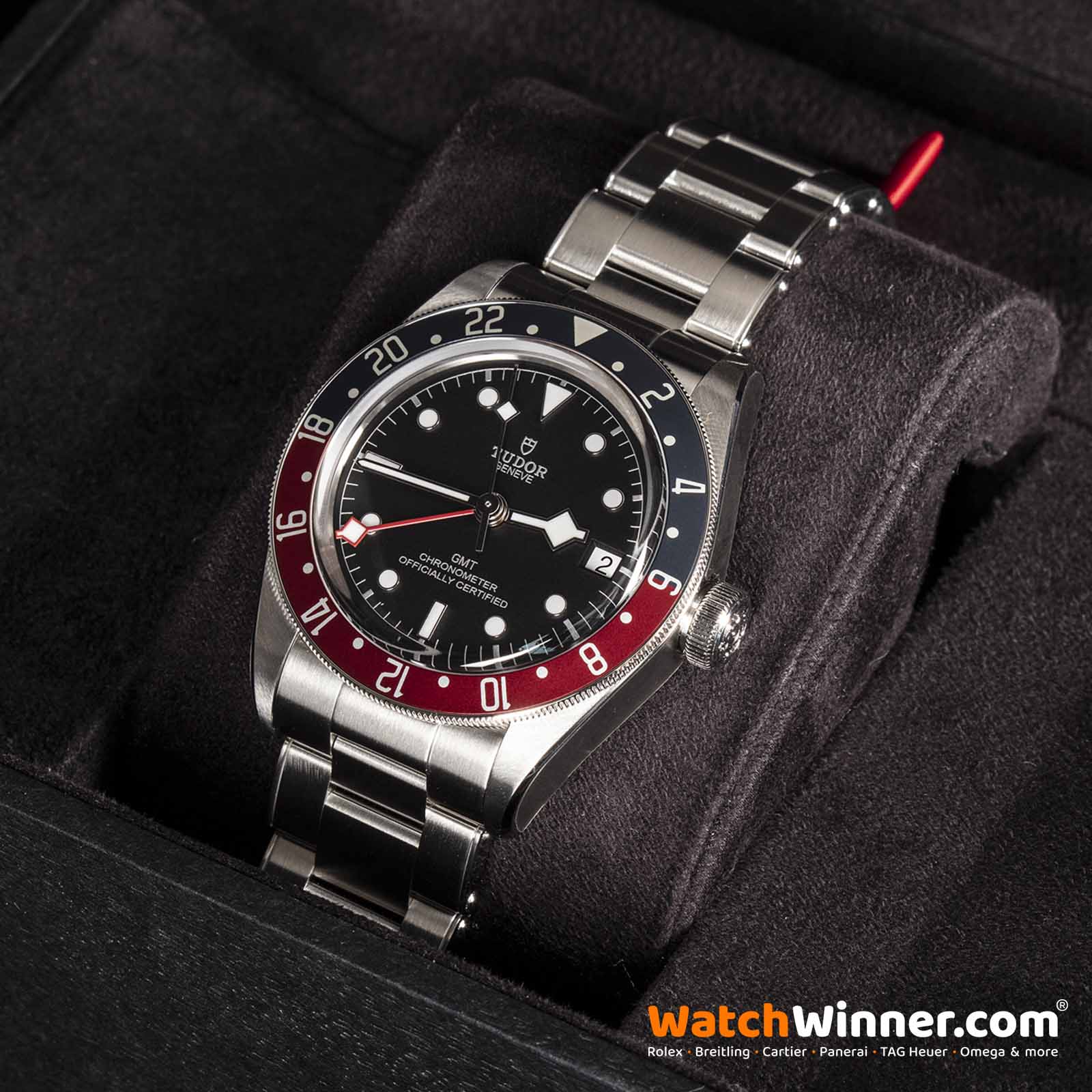 By the time 1946 came around, Wilsdorf realised Tudor was ready to start building its own unique presence. He registered the company Montres TUDOR S.A. in 1946. Shortly after, the company started Tudor-specific advertising, focused on that combination of strength and grace. One early advertisement promised wearers “precision graced by slenderness.”

At this point, Tudor watches already featured luminescent hands, and sometimes a red second hand, laying the foundations of the unique look that would become associated with the brand.

1947 also saw the release of the Tudor Oyster. The first Oyster model, reference 4463, had a 34mm Oyster case. But what made the Oyster case so special?

Inspired by the shell of an oyster, the Oyster case was one of Rolex’s greatest innovations. A screw-down case back and the addition of rubber-lined gaskets kept the inner workings of the watch safe from water. That only left one vulnerability:The crown. Rolex developed a winding crown that screwed down against the case, sealing that last potential entry point and creating a truly waterproof watch.

When Tudor started using the patented Oyster case on their own watches, buyers knew they were getting their hands on a timepiece that was as functional as it was beautiful.

Tudor was getting closer and closer to the release of one of its most iconic watches, and the model that cemented its reputation as a true alternative to a Rolex: The Tudor Oyster Prince. 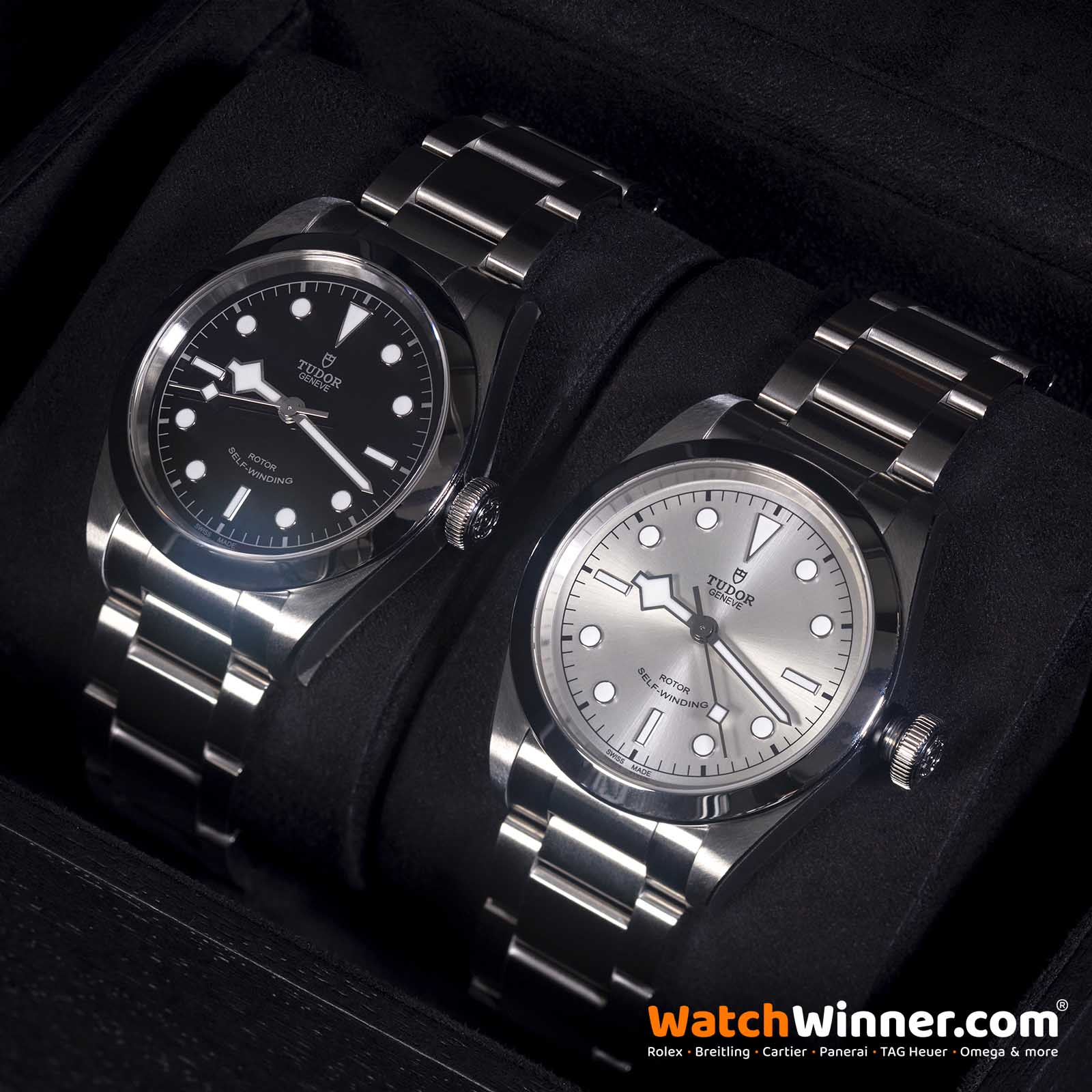 A watch that can meet every challenge

The Tudor Oyster Prince is, even today, one of its most iconic models. Marrying the already-impressive Oyster case technology with a Fleurier Calibre 390 automatic movement, the Oyster Prince delivered all the quality of Rolex married at a more affordable price.

Tudor took an unusual approach to advertising the watch. The campaign focussed on two key features:

One advert simply declared “its performance, in the words of Rolex’s founder and Governing Director, Mr. H. Wilsdorf, is “magnificent!!”  Another included a direct quote from Wilsdorf:

“I have decided that the TUDOR Prince deserves to share with Rolex two advantages I would allow no other watch to use – the famous and unique waterproof Oyster case and the original self-winding Perpetual ’rotor’ mechanism. All TUDOR Oyster Princes will have these two exceptional features, previously exclusive to Rolex. This indicates, I think, the measure of our faith in the new watch. I am proud to give my personal endorsement.”

And if the personal endorsement wasn’t enough, Tudor Oyster Prince adverts also told the tale of all the ways in which the watches were put through their paces. Rather than talk about its sporting prowess, Tudor focussed on the fact that the Oyster Prince was ready for any challenge. From withstanding being placed on a pneumatic drill, to being worn for hours by motorbike racers, riveters and stonecutters, the campaign left no doubt that the Tudor Oyster Prince was as tough as it was elegant. 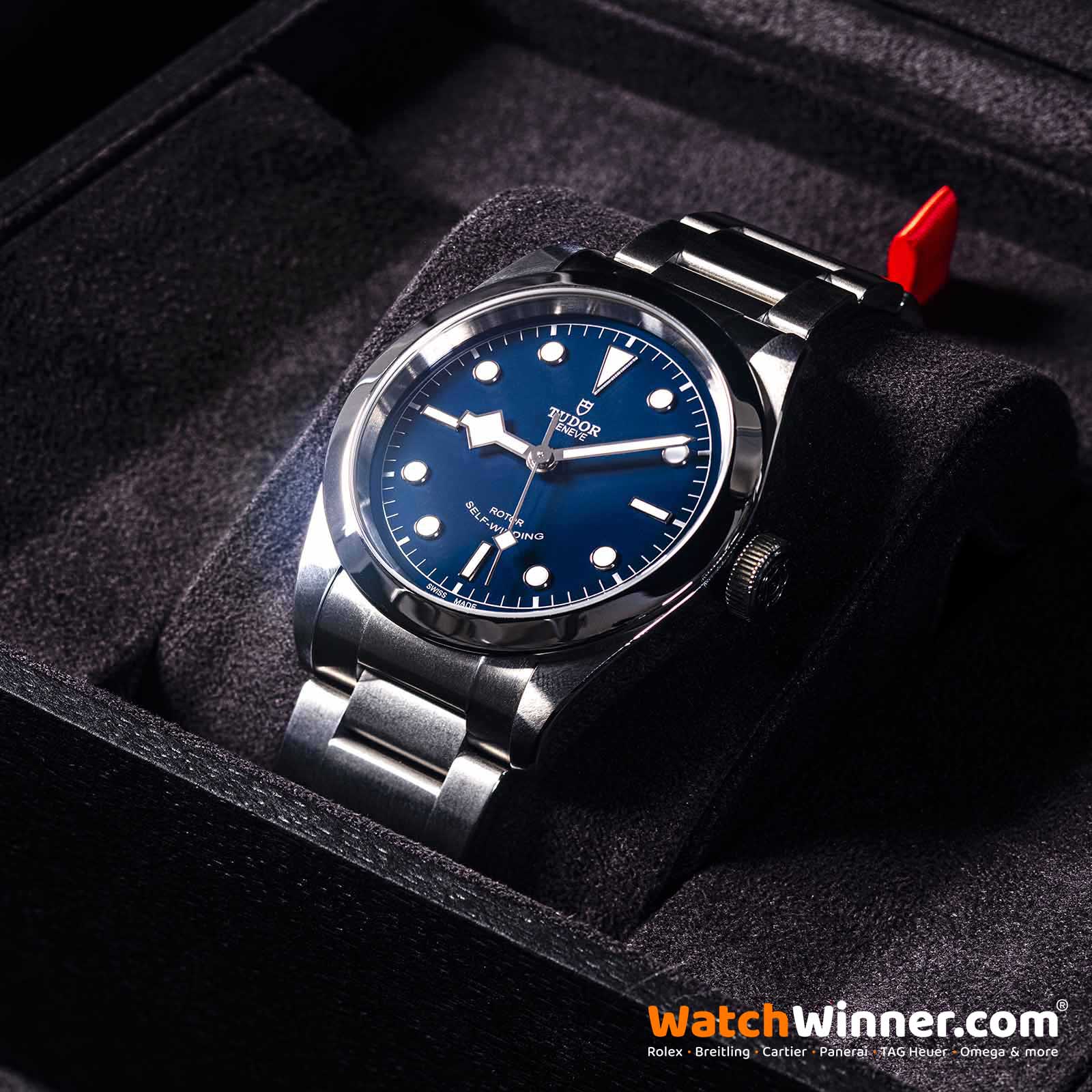 The 1950s and 1960s saw Tudor take its place as a fully fledged military and sporting watch.

In 1952, the Royal Navy organised a British Scientific expedition to Greenland. The equipment for this ground-breaking expedition included 26 Tudor Oyster Princes. The brand also caught the attention of the French Marine Nationale. The precision and durability of the Tudor line made it the go-to watch for the Marine Nationale, who also helped Tudor develop their diving tool watches.

Tudor’s star continued to rise throughout the 1970s when it released its first chronograph, the Oysterdate. Featuring a manually-wound Valjoux mechanical Calibre 7734, the Oysterdate was unusual for its time, with a solid 39mm case. Featuring two counters on the dial and a tachymetric scale on the bezel, the Oysterdate was chunkier and more obviously a tool watch than many of its contemporaries. The 1960s and 1970s also saw increasing use of the iconic Tudor snowflake hands.

Tudor was becoming a firmly established name, with a pedigree and reputation of its own. But things were about to go quiet for the Tudor line. 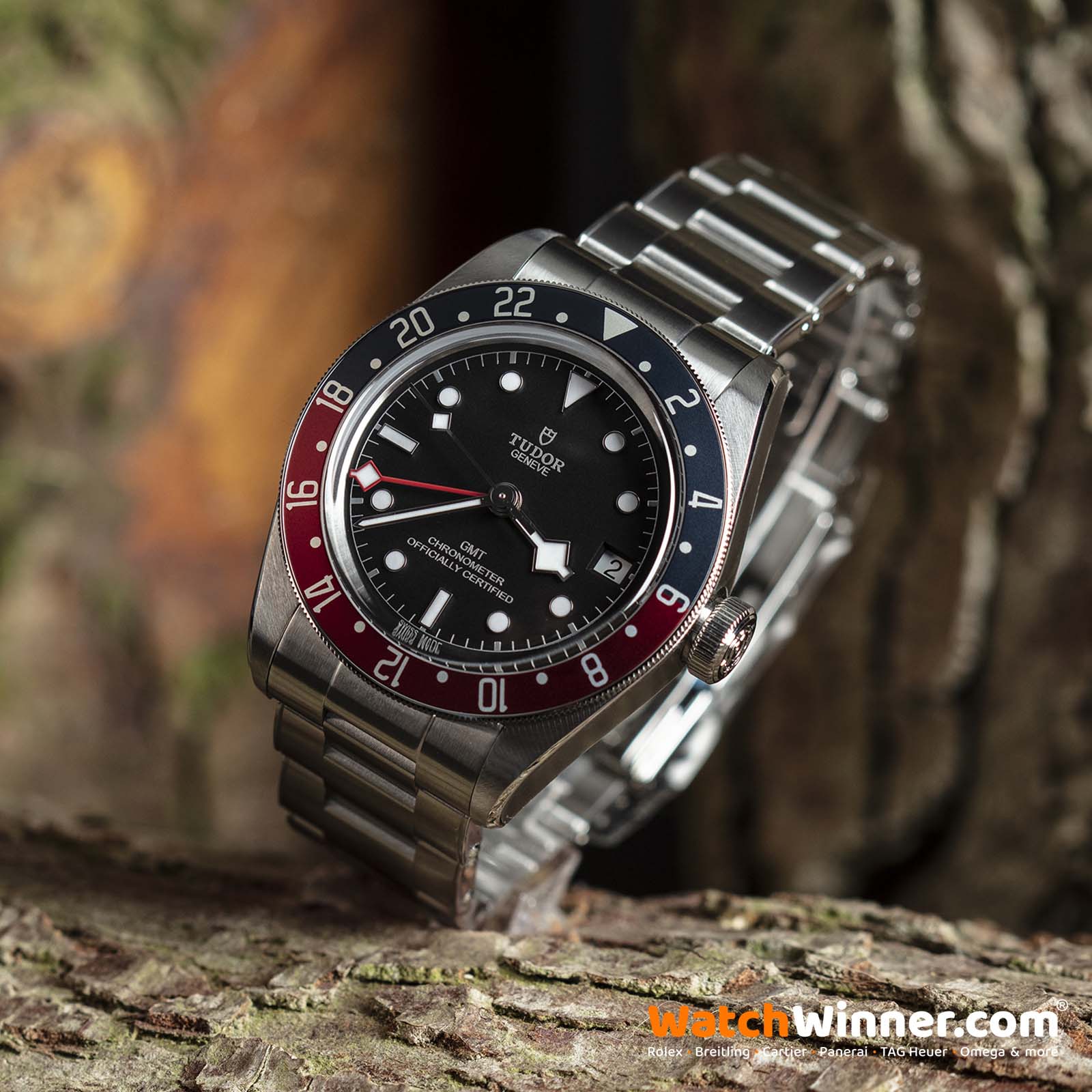 The renaissance of Tudor

Things were going well for Tudor through the 1960s and 1970s, but the brand hadn’t quite reached its happy ending. Demand for its models waned, and by the 2000s Tudor was no longer selling to the UK, America, or Japan. But the arrival of designer Davide Cerrato in 2005 ushered in a brave new era for Tudor.

The Tudor renaissance in the UK arrived via a glitzy party and the opening of 100 stores across the country. Tudor began selling in America again, and then Japan.

At the heart of this new burst of good fortune was the decision to release a range of heritage-inspired designs that called to mind Tudor’s history, while repositioning the brand as a fresh, modern watchmaker.

Honouring the past, moving to the future

No History of Tudor would be complete without mentioning the Tudor Heritage Black Bay, first released in 2012. The Tudor Heritage Black Bay immediately called to mind the iconic Oyster Prince Submariner with its luminous indices and classic snowflake hands. Yet it was a fascinating watch in its own right, updating the classic Oyster Prince for the modern wearer. No wonder it won the GPHG (Grand Prix d’Horlogerie de Genève) Revival prize in 2013.

The Black Bay wasn’t the only new addition to the Tudor line. The Tudor Ranger offered a minimalist stripped-back look that honoured Tudor’s military heritage. With a strong focus on performance rather than looks, the Tudor Ranger was an understated go-anywhere model. Meanwhile, the Tudor Heritage Advisor brought Tudor’s vintage Advisor alarm model back to life, in a reliable watch with two pushers, an oversized crown, and of course a mechanical alarm.

Tudor also introduced the Heritage Chrono Blue, a precision chronograph that calls to mind the unique blue and orange Monte Carlo models from the 1970s. And in case wearers needed a reminder of Tudor’s groundbreaking work with the French and American Navies, the Tudor Pelagos arrived with a bang. With a staggering 500m diving depth, unusual square hour markers, and of course the Tudor snowflake hands, the Pelagos showed how good Tudor is at combining vintage aesthetics with modern power.

Tudor has always been a brand that carries the reliability and function of Rolex, but puts its own stamp on the classic well-known brand. Thanks to the modern re-imaginings of its classic watches, Tudor has kept itself exciting and relevant for a whole new generation. 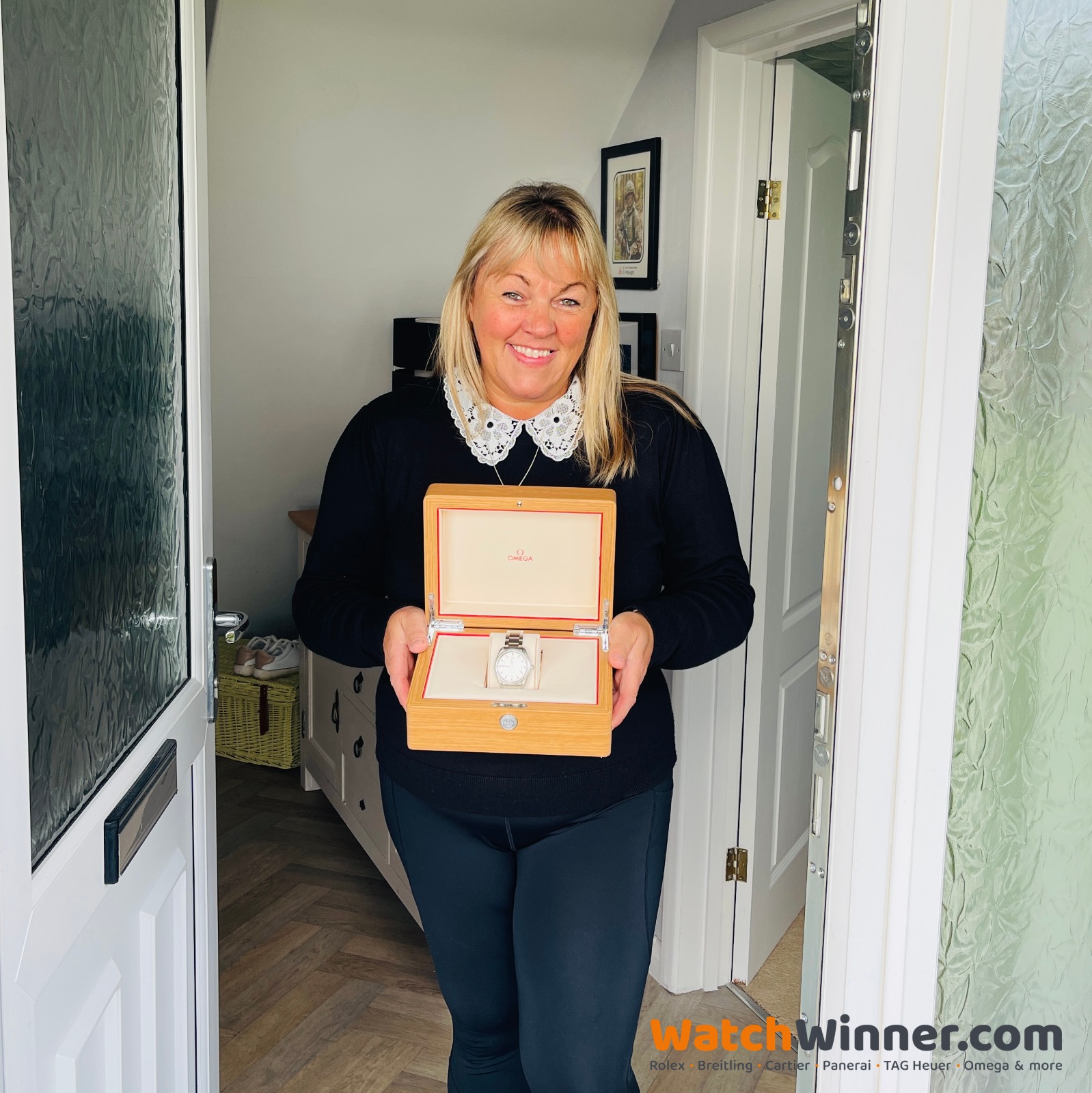 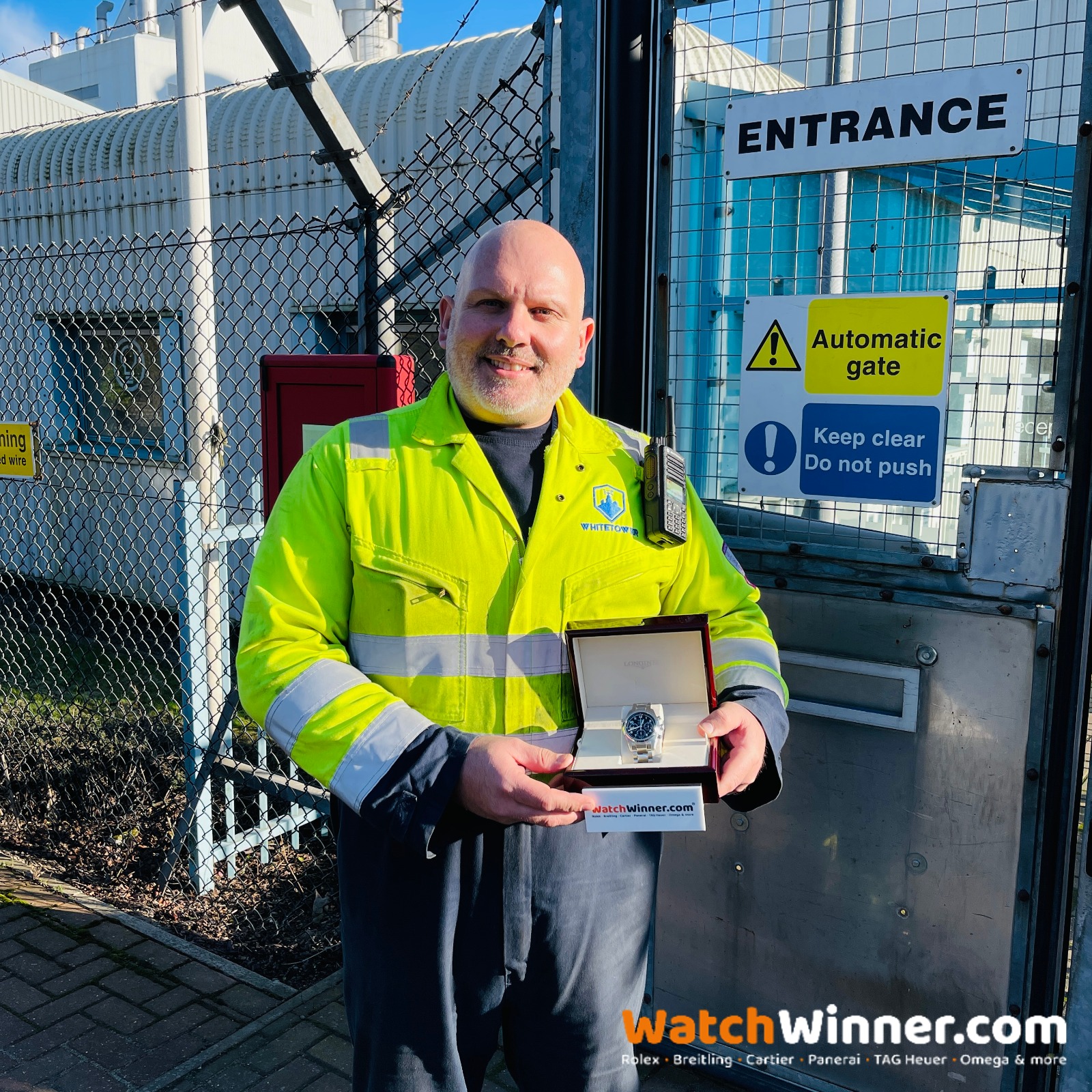 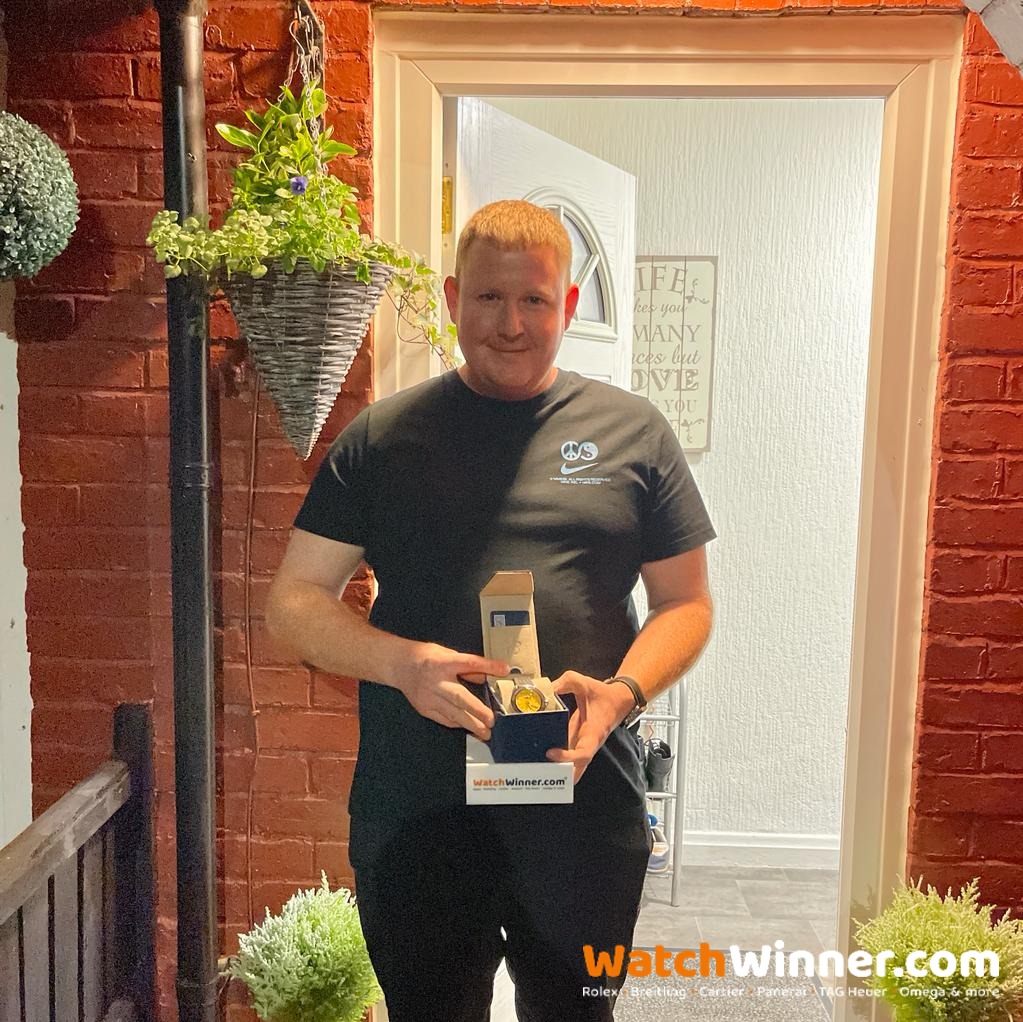 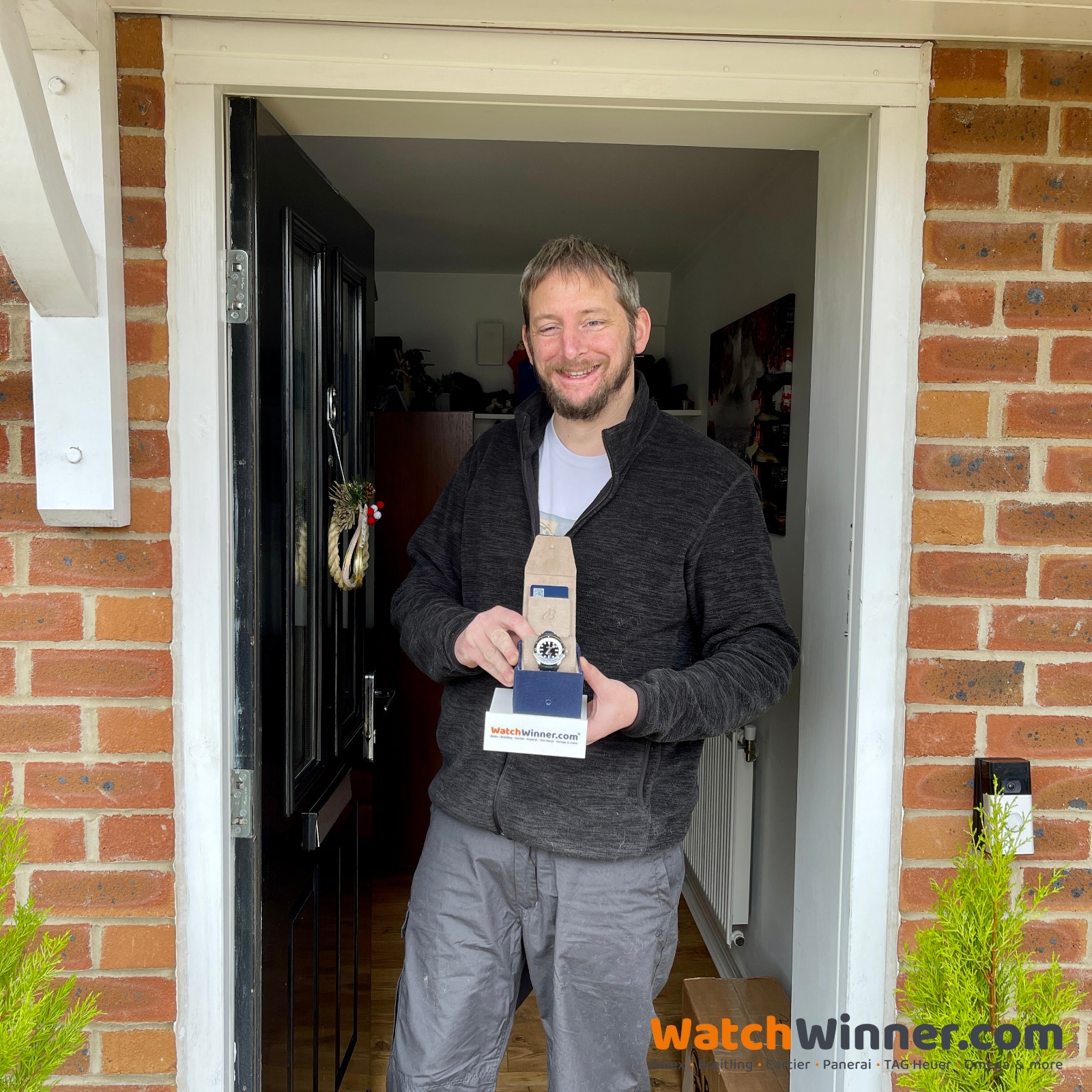 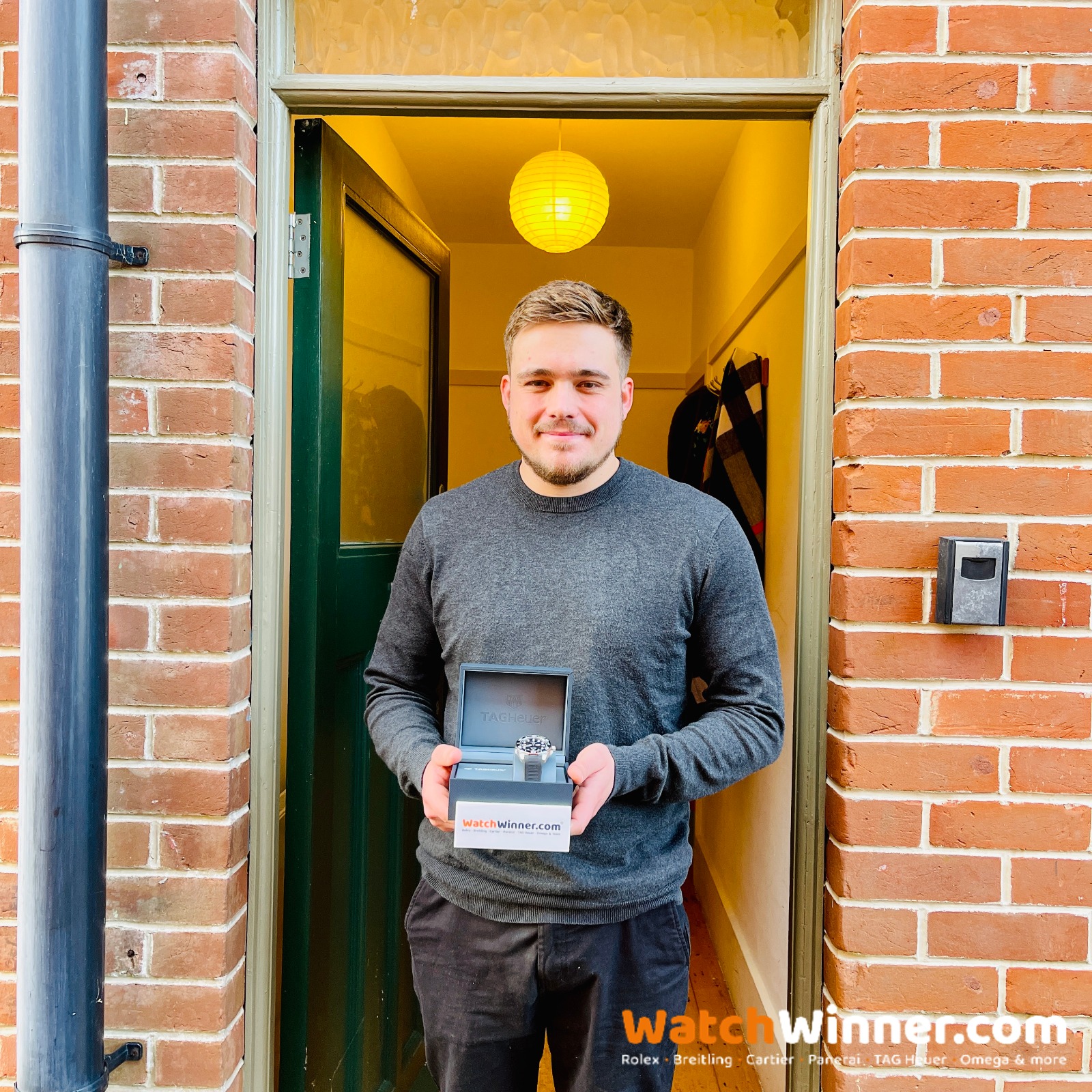 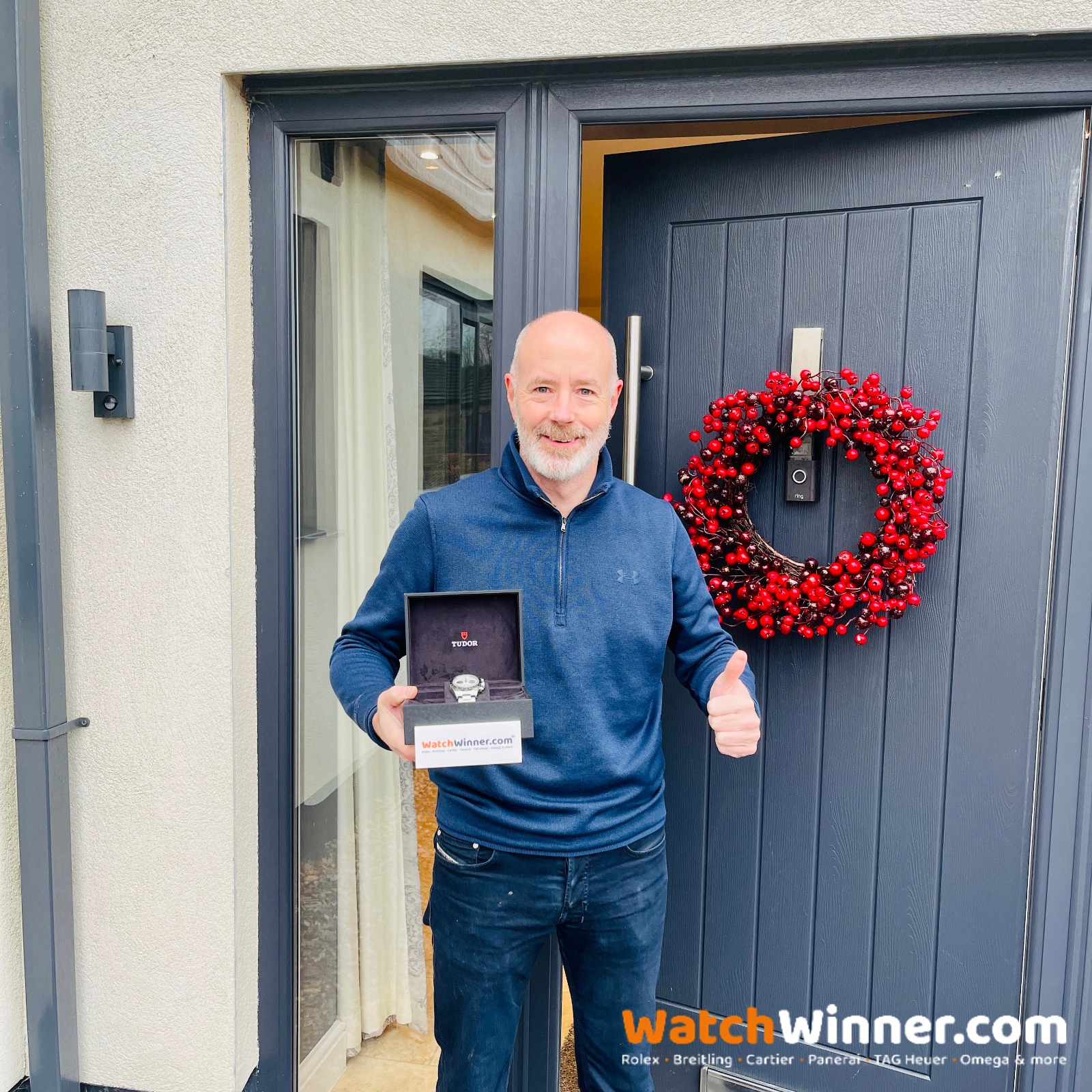